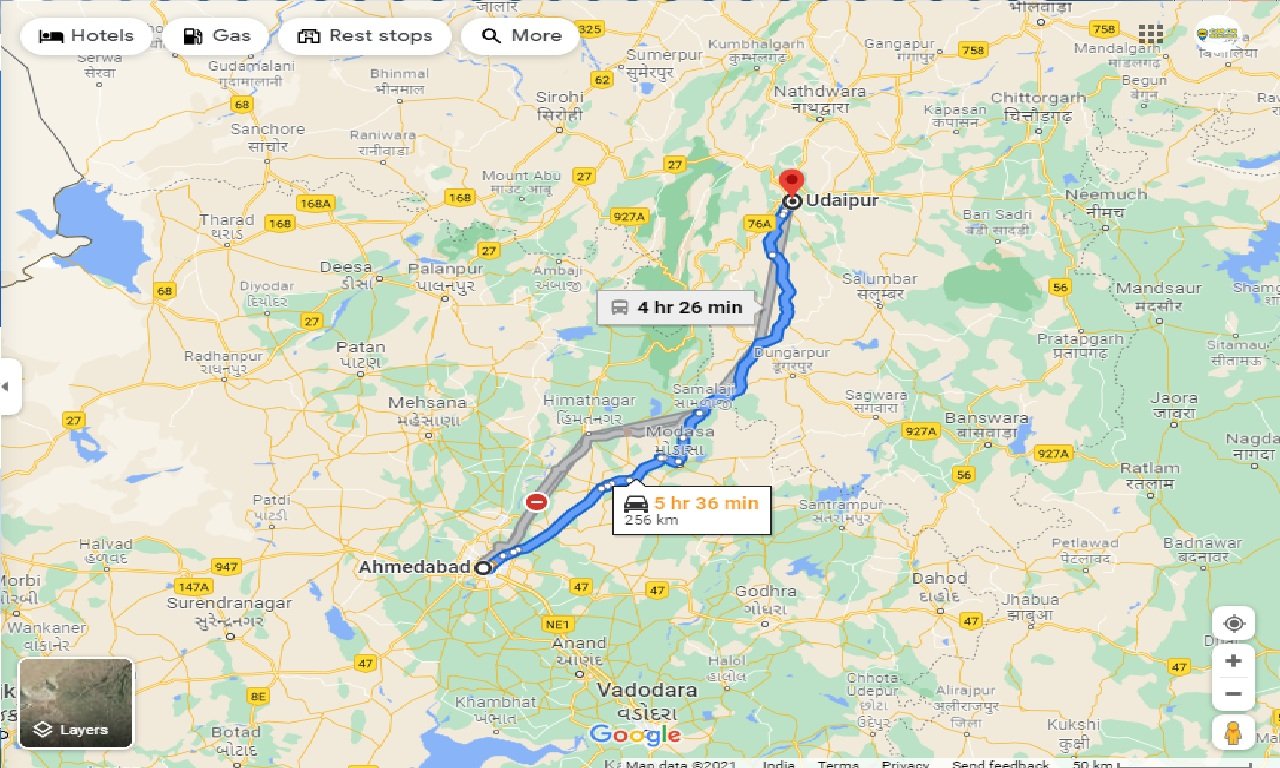 Hire Cab from Ahmedabad To Udaipur One Way

One Way taxi from Ahmedabad To Udaipur. book One Way taxi. Car fares & check for online discounts & deals on Ahmedabad To Udaipur taxi service.? No Extra-Charges. Call 8888807783.Ahmedabad, in western India, is the largest city in the state of Gujarat. The Sabarmati River runs through its center. On the western bank is the Gandhi Ashram at Sabarmati, which displays the spiritual leaderâ€™s living quarters and artifacts. Across the river, the Calico Museum of Textiles, once a cloth merchant's mansion, has a significant collection of antique and modern fabrics.

Distance and time for travel between Ahmedabad To Udaipur cab distance

Distance between Ahmedabad To Udaipur is 260 km by Road along with an aerial distance. The Distance can be covered in about 05 hours 30 minutes by Ahmedabad To Udaipur cab. Your Udaipur travel time may vary due to your bus speed, train speed or depending upon the vehicle you use.

When renting a car for rent car for Ahmedabad To Udaipur, its best to book at least 1-2 weeks ahead so you can get the best prices for a quality service. Last minute rentals are always expensive and there is a high chance that service would be compromised as even the taxi provider is limited to whatever vehicle is available at their disposal.

Many visitors come Octâ€“Jan. Summer (Marâ€“Jun) is extremely hot, while Junâ€“Sep is the rainy monsoon season. Winter (Decâ€“Feb) is mild, with warm-to-cool temperatures. Key holidays and events include the vibrant Holi Festival of Colors (Mar), for which the royal family hosts an elaborate celebration at City Palace; and the Mewar Festival (Mar/Apr), with colorful processions, fireworks and traditional song and dance.

Ahmedabad To Udaipur One Way Taxi

Why should we go with car on rentals for Ahmedabad To Udaipur by car book?

When you rent a car from Ahmedabad To Udaipur taxi services, we'll help you pick from a range of car rental options in Ahmedabad. Whether you're looking for budget cars, comfortable cars, large cars or a luxury car for your trip- we have it all.We also provide Tempo Travelers for large groups. Ahmedabad To Udaipur car hire,You can choose between an Indica, Sedan, Innova or luxury cars like Corolla or Mercedes depending on the duration of your trip and group size.