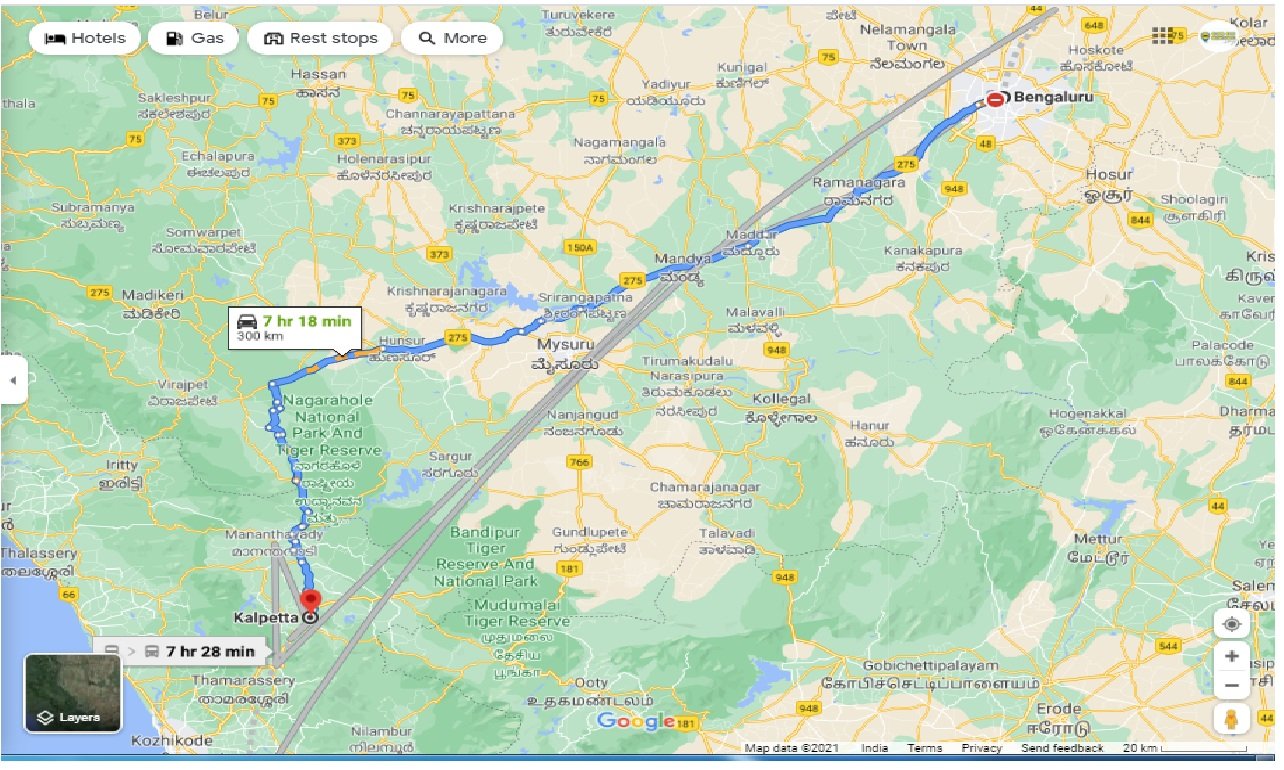 Hire Cab from Bangalore To Kalpetta Round Trip

Kalpetta is a town in the mountainous Wayanad region of Kerala, South India. Itâ€™s a gateway to the trails of lofty Chembra Peak and to Neelimala Viewpoint, which overlooks waterfalls and forested valleys. North of town, the traditional, Dravidian-style Ananthanatha Swami Jain Temple is perched on a hilltop surrounded by coffee plantations. To the southeast, Meppadi is a scenic village with lush tea estates.

Distance and time for travel between Bangalore To Kalpetta cab distance

Spots to Visit in Kalpetta

When renting a car for rent car for Bangalore To Kalpetta, its best to book at least 1-2 weeks ahead so you can get the best prices for a quality service. Last minute rentals are always expensive and there is a high chance that service would be compromised as even the taxi provider is limited to whatever vehicle is available at their disposal.

October to March (Winter) is the best time to visit Kalpetta. Kalpetta is a beautiful little town with fantastic weather throughout the year. However, in winter season you can experience peace and tranquillity in the city with admiring landscapes all around. The temperature in winters, between the months of October and March, varies from about 18 degrees Celcius to 25 degrees Celcius, pleasant enough to explore the region.

Bangalore To Kalpetta Round Trip Taxi

Why should we go with car on rentals for Bangalore To Kalpetta by car book?

When you rent a car from Bangalore To Kalpetta taxi services, we'll help you pick from a range of car rental options in Bangalore . Whether you're looking for budget cars, comfortable cars, large cars or a luxury car for your trip- we have it all.We also provide Tempo Travelers for large groups. Bangalore To Kalpetta car hire,You can choose between an Indica, Sedan, Innova or luxury cars like Corolla or Mercedes depending on the duration of your trip and group size.