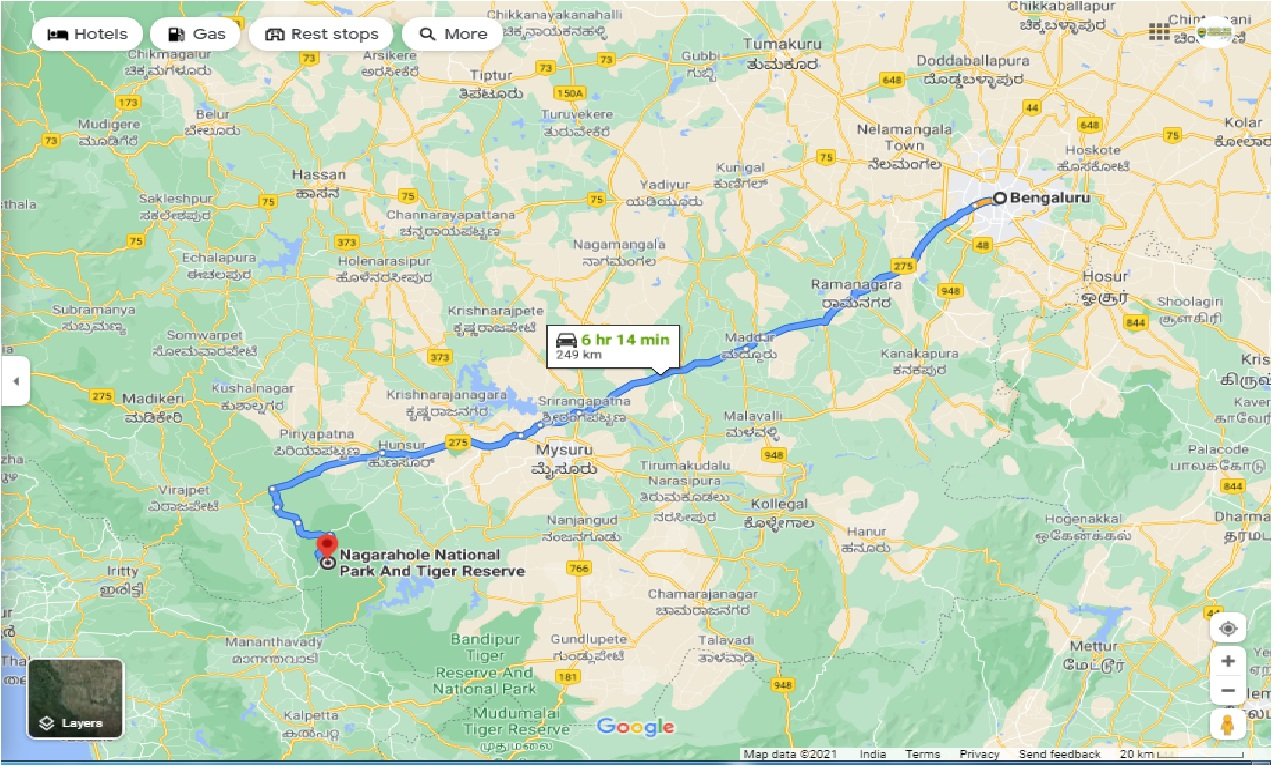 Hire Cab from Bangalore To Nagarhole Round Trip

Nagarhole National Park, also known as Rajiv Gandhi National Park, is a wildlife reserve in the South Indian state of Karnataka. Part of the Nilgiri Biosphere Reserve, the park is backed by the Brahamagiri Mountains and filled with sandalwood and teak trees. The Kabini River winds through jungle landscapes, home to tigers, Asian elephants and a variety of birds. Nearby, the Irupu Falls cascade down tree-lined rocks.

Distance and time for travel between Bangalore To Nagarhole cab distance

Spots to Visit in Nagarhole

When renting a car for rent car for Bangalore To Nagarhole, its best to book at least 1-2 weeks ahead so you can get the best prices for a quality service. Last minute rentals are always expensive and there is a high chance that service would be compromised as even the taxi provider is limited to whatever vehicle is available at their disposal.

The period from October to May is considered to be the best time to visit Nagarhole. Although Nagarhole has a tropical climate around the year; hence, it can be visited at any point in time. Summers in Nagarhole are usually dry, and the temperature does not cross 33 degrees Celsius. The winters are brief with temperatures remaining within the scale of 14 degrees. However, monsoons are wet, as the region receives heavy rainfall during the season.

Bangalore To Nagarhole Round Trip Taxi

Why should we go with car on rentals for Bangalore To Nagarhole by car book?

When you rent a car from Bangalore To Nagarhole taxi services, we'll help you pick from a range of car rental options in Bangalore . Whether you're looking for budget cars, comfortable cars, large cars or a luxury car for your trip- we have it all.We also provide Tempo Travelers for large groups. Bangalore To Nagarhole car hire,You can choose between an Indica, Sedan, Innova or luxury cars like Corolla or Mercedes depending on the duration of your trip and group size.