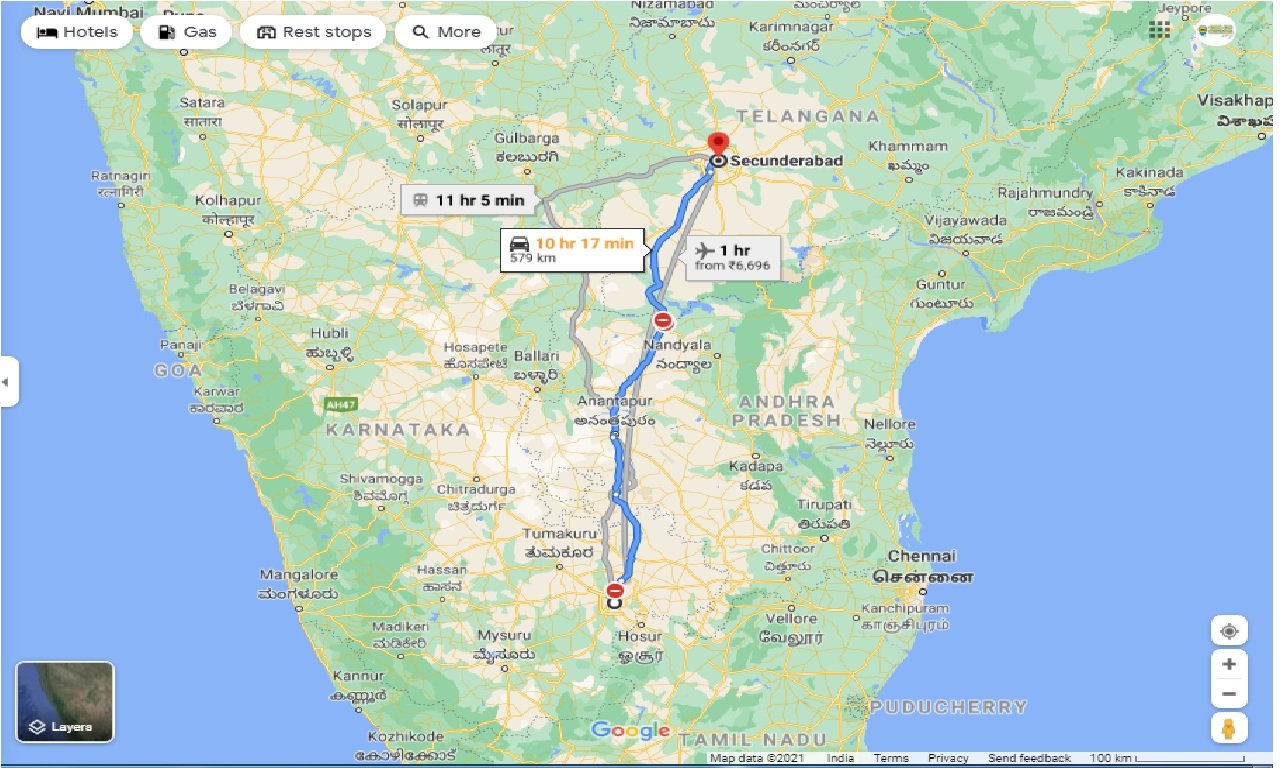 Hire Cab from Bangalore To Secunderabad Round Trip

Secunderabad is the twin city of Hyderabad in the Indian state of Telangana. Named after Sikandar Jah, the third Nizam of the Asaf Jahi dynasty, Secunderabad was established in 1806 as a British cantonment.

Distance and time for travel between Bangalore To Secunderabad cab distance

Spots to Visit in Secunderabad

When renting a car for rent car for Bangalore To Secunderabad, its best to book at least 1-2 weeks ahead so you can get the best prices for a quality service. Last minute rentals are always expensive and there is a high chance that service would be compromised as even the taxi provider is limited to whatever vehicle is available at their disposal.

While the monsoon season (June to Oct) can be a good time to go to Secunderabad, it's best to go from Oct to Feb as the winters are pleasant and not as harsh as the summer heat.

Bangalore To Secunderabad Round Trip Taxi

Why should we go with car on rentals for Bangalore To Secunderabad by car book?