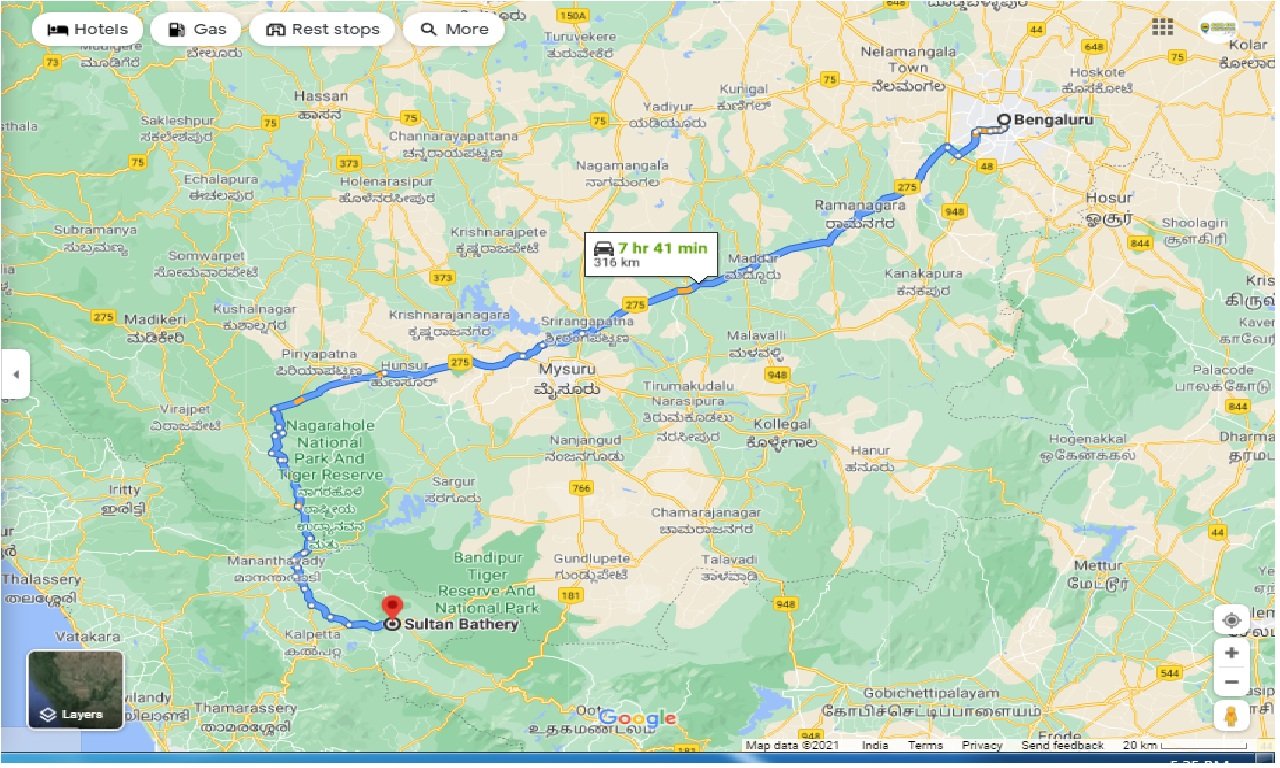 Hire Cab from Bangalore To Sulthanbathery Round Trip

Sultan Bathery is a town in the mountainous Wayanad region of Kerala, South India. It takes its name from the ancient Bathery Jain Temple on the edge of town, which was used as an ammunition battery by Tipu Sultanâ€™s army in the 1700s. In the Ambukuthi Hills to the southwest, Neolithic carvings are preserved on the walls of Edakkal Caves. Close by, Wayanad Heritage Museum displays archaeological and tribal artifacts.

Distance and time for travel between Bangalore To Sulthanbathery cab distance

Spots to Visit in Sulthanbathery

When renting a car for rent car for Bangalore To Sulthanbathery, its best to book at least 1-2 weeks ahead so you can get the best prices for a quality service. Last minute rentals are always expensive and there is a high chance that service would be compromised as even the taxi provider is limited to whatever vehicle is available at their disposal.

Bangalore To Sulthanbathery Round Trip Taxi

Why should we go with car on rentals for Bangalore To Sulthanbathery by car book?