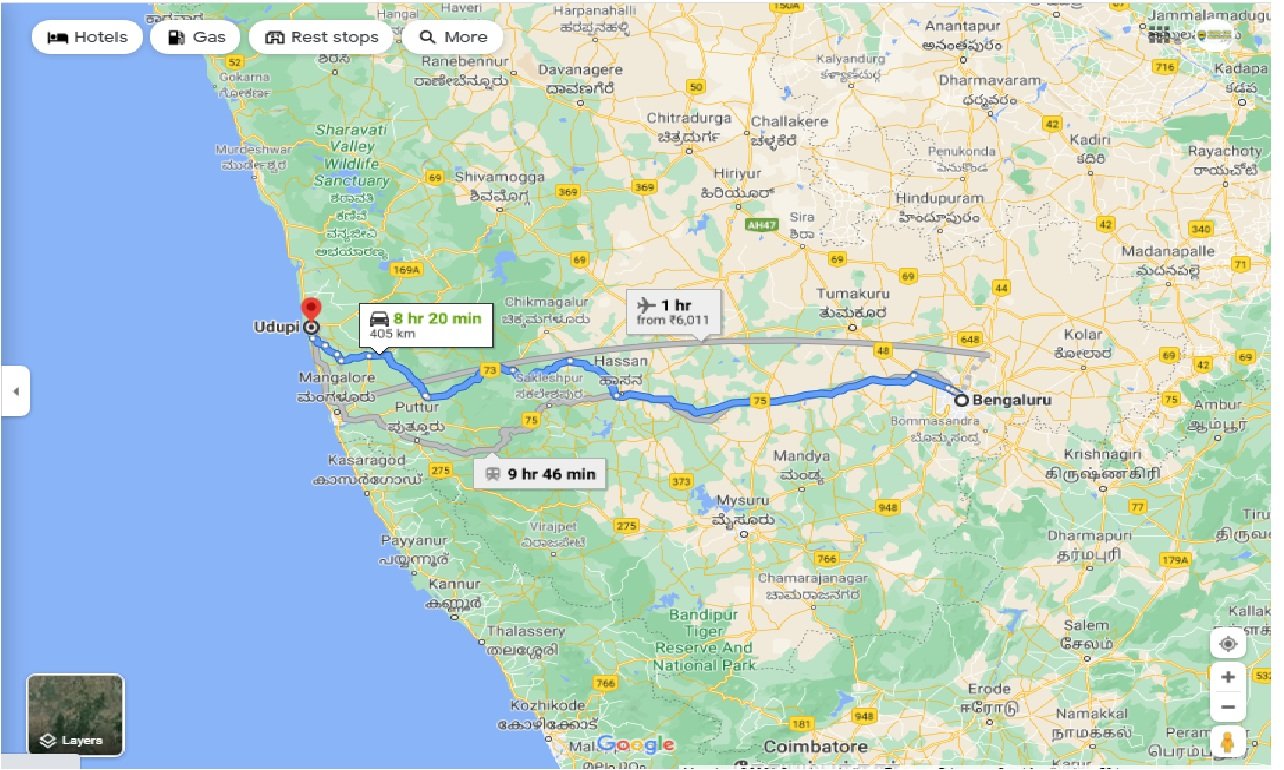 Hire Cab from Bangalore To Udupi Round Trip

Udupi is a city in the southwest Indian state of Karnataka. It's known for its Hindu temples, including the huge, 13th-century Sri Krishna Temple, which houses a statue of Lord Krishna and attracts many pilgrims. Nearby, the ancient Anantheshwara Temple is dedicated to the god Shiva. The Corporation Bank Heritage Museum features coins dating from 400 BC, plus stamps and displays about Indiaâ€™s banking industry.

Distance and time for travel between Bangalore To Udupi cab distance

Distance between Bangalore To Udupi is 403.8 km by Road Udupi with an aerial distance. The Distance can be covered in about 08 hours 08 minutes by Bangalore To Udupi cab. Your Udupi travel time may vary due to your bus speed, train speed or depending upon the vehicle you use.

Spots to Visit in Udupi

When renting a car for rent car for Bangalore To Udupi, its best to book at least 1-2 weeks ahead so you can get the best prices for a quality service. Last minute rentals are always expensive and there is a high chance that service would be compromised as even the taxi provider is limited to whatever vehicle is available at their disposal.

The best time to visit Udupi is during Winters from October to March because of its unabated heat during summers. The winters are pleasant here, while the temperatures soar up to 40 degrees during the summers. However, evenings are relatively cooler in Udupi. Monsoon, on the other hand, is a suitable time for travelling to Udupi and the nearby places because the temple town has a lush green surrounding after the rains. Udupi is the cultural centre of Karnataka, and there are several festivals and events celebrated there with unmatched pomp. The mutts and temples are patrons of art, hosting many cultural events regularly. Most of these take place in winter. Visiting Udupi during the months when these events are in full swing is ideal because the aesthetic enthusiasm is at its zenith.

Bangalore To Udupi Round Trip Taxi

Why should we go with car on rentals for Bangalore To Udupi by car book?

When you rent a car from Bangalore To Udupi taxi services, we'll help you pick from a range of car rental options in Bangalore . Whether you're looking for budget cars, comfortable cars, large cars or a luxury car for your trip- we have it all.We also provide Tempo Travelers for large groups. Bangalore To Udupi car hire,You can choose between an Indica, Sedan, Innova or luxury cars like CoUdupi or Mercedes depending on the duration of your trip and group size.