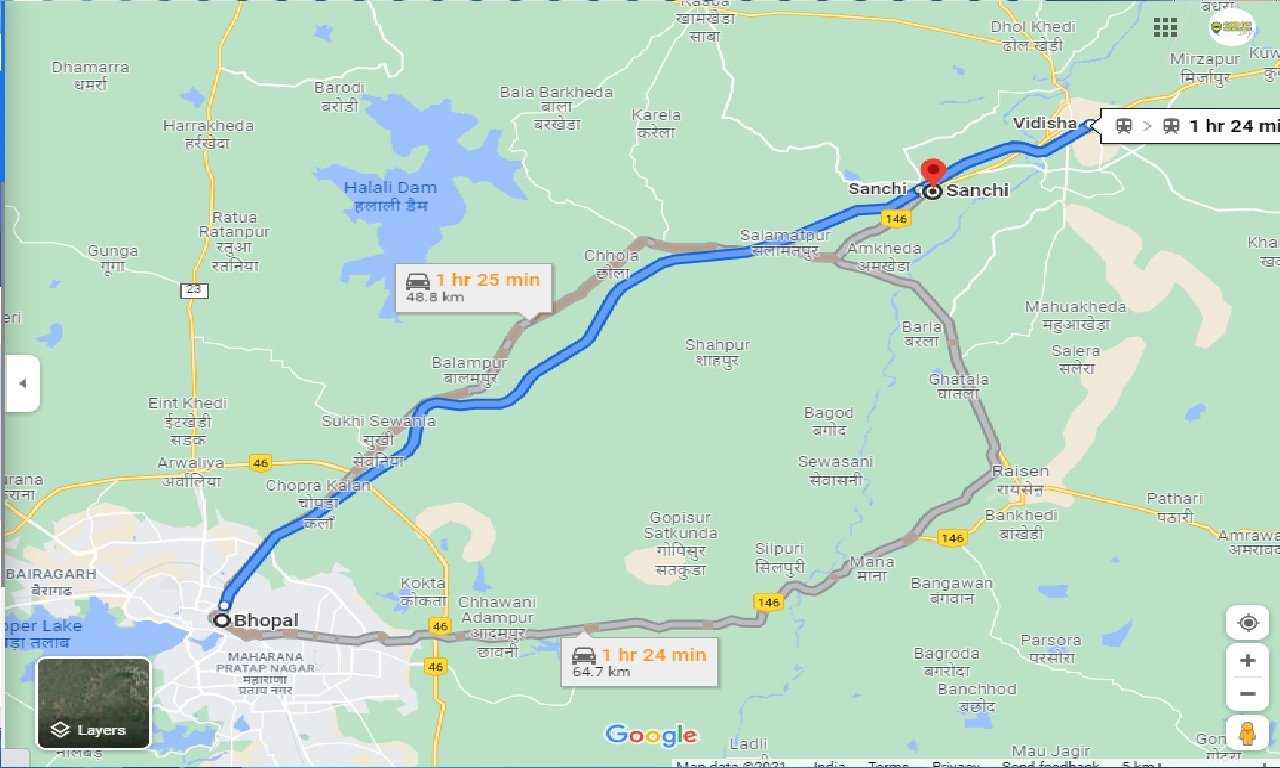 Sanchi Stupa is a Buddhist complex, famous for its Great Stupa, on a hilltop at Sanchi Town in Raisen District of the State of Madhya Pradesh, India. It is located in 46 kilometres north-east of Bhopal, capital of Madhya Pradesh.