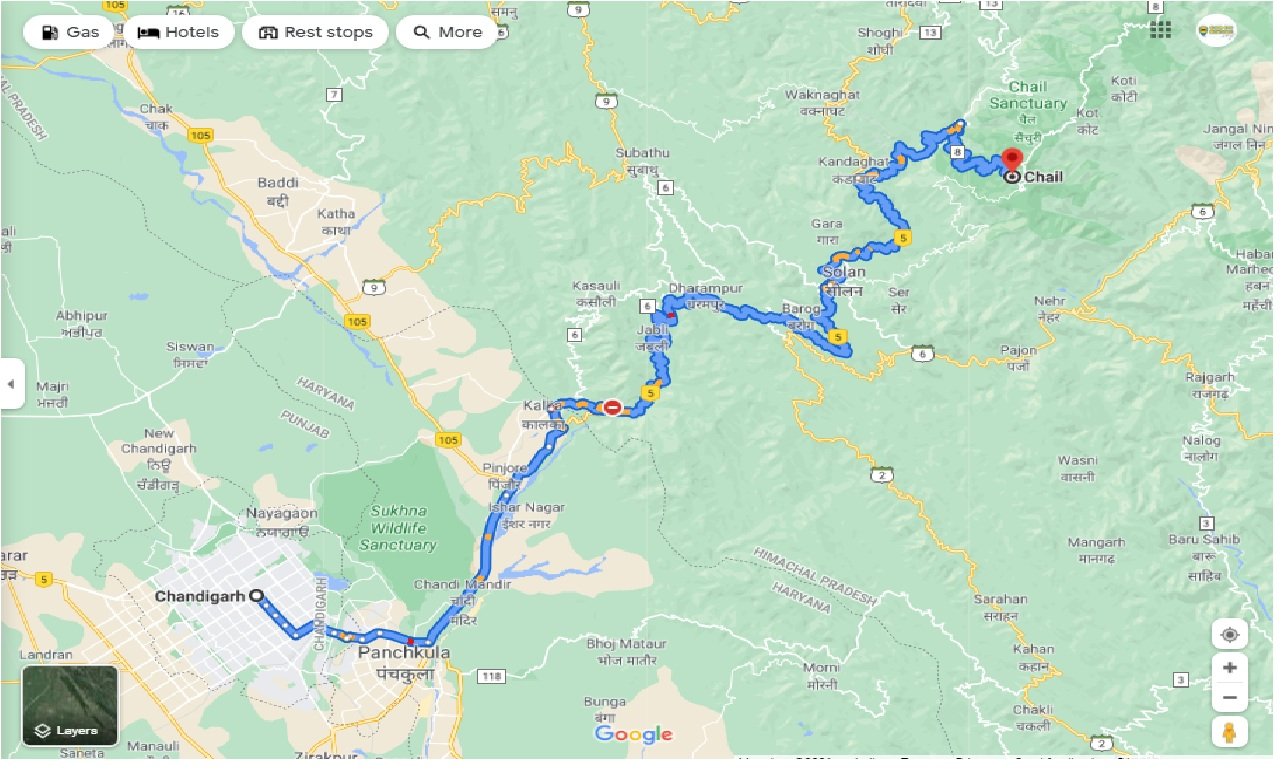 Hire Cab from Chandigarh To Chail One Way

One Way taxi from Chandigarh To Chail car. Book One Way taxi. Car fares & check for online discounts & deals on Chandigarh To Chail car taxi service.? No Extra-Charges. Call 8888807783. Chandigarh, the capital of the northern Indian states of Punjab and Haryana, was designed by the Swiss-French modernist architect, Le Corbusier. His buildings include the Capitol Complex with its High Court, Secretariat and Legislative Assembly, as well as the giant Open Hand Monument. The nearby Rock Garden is a park featuring sculptures made of stones, recycled ceramics and industrial relics.

Chail is a hill station in Himachal Pradesh, India. It is 44 kilometres (27 mi) from Shimla and 45 kilometres (28 mi) from Solan. It is known for its salubrious beauty and virgin forests. The Chail Palace is well known for its architecture: the palace was built as summer retreat by the Maharaja of Patiala during the British Raj, on the land allotted to him by the British for former's assistance in the Anglo-Nepalese War.

Distance and time for travel between Chandigarh To Chail cab distance

Distance between Chandigarh To Chail 105.5 km by Road along with an aerial distance. The Distance can be covered in about 03 hours 22 minutes by Chandigarh To Chail cab. Your Chail travel time may vary due to your bus speed, train speed or depending upon the vehicle you use.

Spots to Visit in Chail

When renting a car for rent car for Chandigarh To Chail, its best to book at least 1-2 weeks ahead so you can get the best prices for a quality service. Last minute rentals are always expensive and there is a high chance that service would be compromised as even the taxi provider is limited to whatever vehicle is available at their disposal.

Chail can be visited throughout the year, however, summers from April to June are considered as the best time to visit Chail. The summers in Chail are enjoyable and windy with an extremely pleasant weather. The average temperature is around 20 degrees.

Chandigarh To Chail One Way Taxi

Why should we go with car on rentals for Chandigarh To Chail by car book?

When you rent a car from Chandigarh To Chail taxi services, we'll help you pick from a range of car rental options in Chandigarh . Whether you're looking for budget cars, comfortable cars, large cars or a luxury car for your trip- we have it all.We also provide Tempo Travelers for large groups. Chandigarh To Chail car hire,You can choose between an Indica, Sedan, Innova or luxury cars like Corolla or Mercedes depending on the duration of your trip and group size.