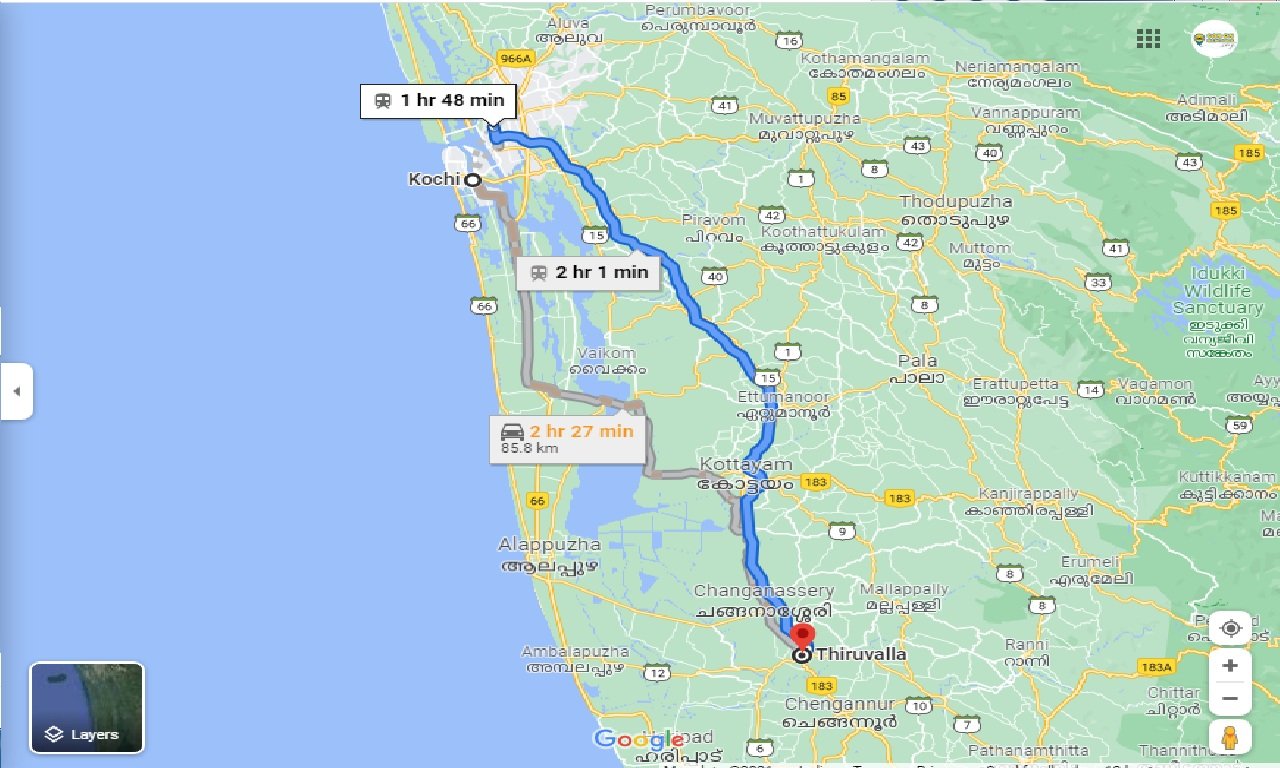 Tiruvalla, alternately spelled Thiruvalla, is a town and also the headquarters of the Taluk of same name located in Pathanamthitta district in the State of Kerala, India. The town is spread over an area of 27.94 kmÂ².