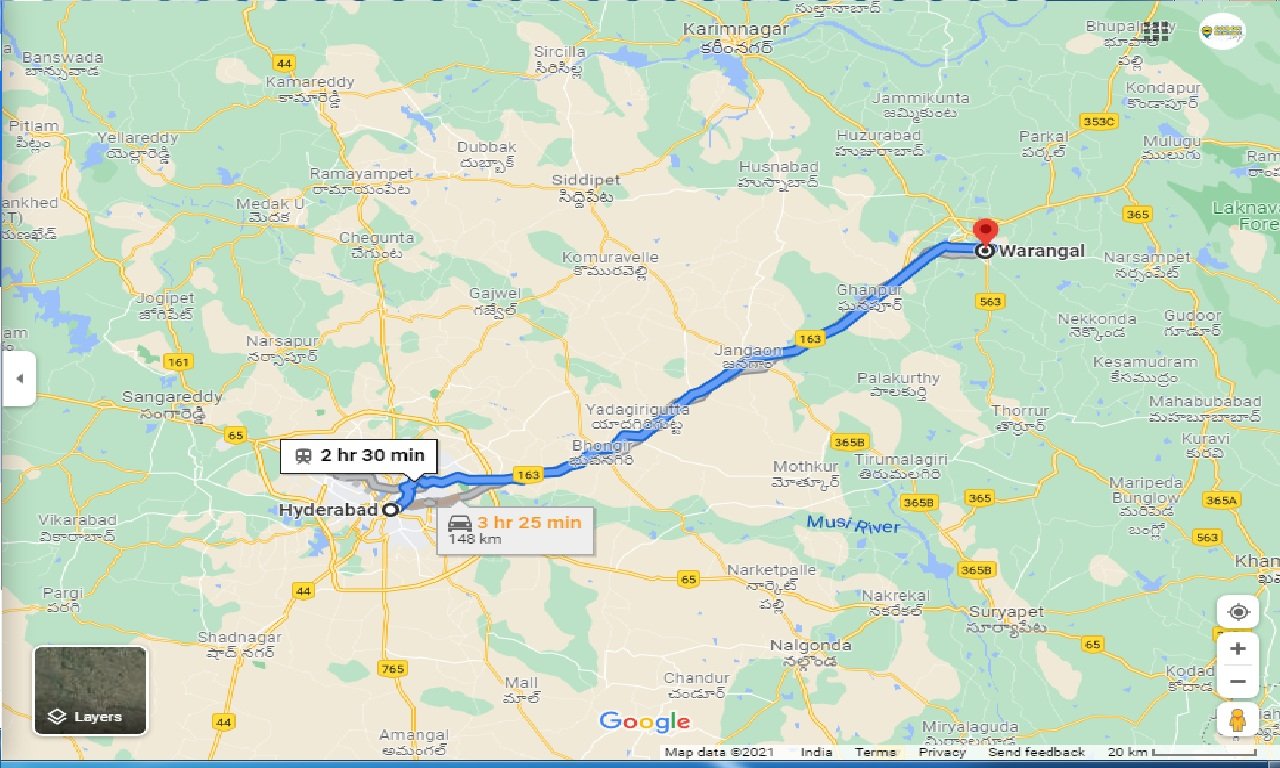 Toyota Innova Hyderabad to Warangal. Toyota Innova cab hire, compare Car fares & check for online discounts & Rs.11.5 per kilometer. Hyderabad to Warangal Toyota Innova taxi service. Clean Cars, No Extra Charges.8888807783. Hyderabad is the capital of southern India's Telangana state. A major center for the technology industry, it's home to many upscale restaurants and shops. Its historic sites include Golconda Fort, a former diamond-trading center that was once the Qutb Shahi dynastic capital. The Charminar, a 16th-century mosque whose 4 arches support towering minarets, is an old city landmark near the long-standing Laad Bazaar.

Warangal is a city in the south Indian state of Telangana. It was the capital of the Kakatiya dynasty from the 12th to 14th centuries, and many intricately carved monuments from this period still stand. Among them are the ruins of 13th-century Warangal Fort and the Thousand Pillar Temple, built in 1163. Set on a lake, Bhadrakali Temple dates to the 7th century and is dedicated to the Hindu goddess Kali.

Why should we go with car on rentals for Hyderabad to Warangal Toyota Innova cab by car book?

When you rent a car from Hyderabad to Warangal Toyota Innova cab, taxi services, we'll help you pick from a range of car rental options in Hyderabad. Whether you're looking for budget cars, comfortable cars, large cars or a luxury car for your trip- we have it all. We also provide Tempo Travelers for large groups. Hyderabad to Warangal Toyota Innova cab, car hire, you can choose between an Indica, Sedan, Innova or luxury cars like Corolla or Mercedes depending on the duration of your trip and group size.