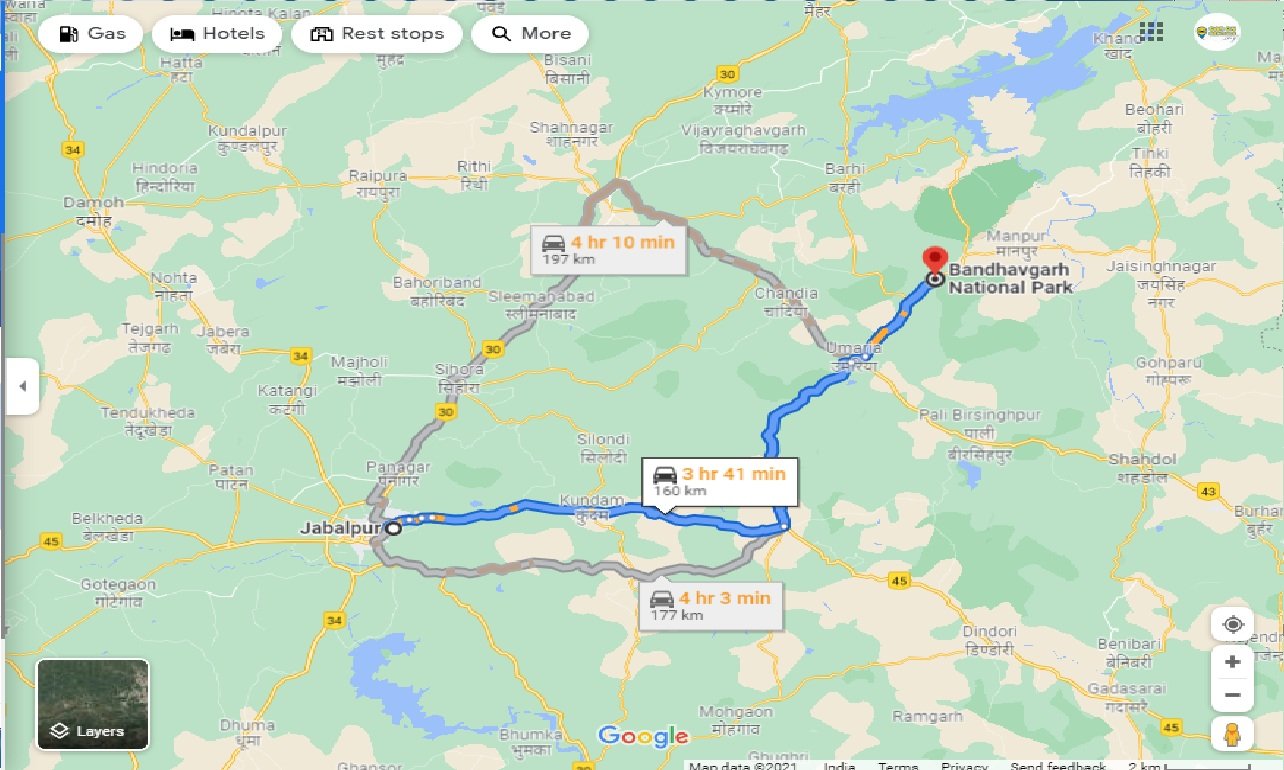 Hire Cab from Jabalpur To Bandhavgarh Round Trip

Book Jabalpur To Bandhavgarh cab, compare Car fares & check for online discounts & deals on Jabalpur To Bandhavgarh taxi Service. Clean Cars, No Extra Charges.8888807783. Jabalpur is a city in the central Indian state of Madhya Pradesh. On a rocky hilltop on the western outskirts of the city is the Madan Mahal Fort, built in 1116. Farther west, the centuries-old Pisanhari Ki Madiya Jain temple offers views of the city. Another Jain temple, Hanumantal Bada Jain Mandir, sits on the shore of a lake in the north. The central Rani Durgavati Museum displays intricately carved sculptures.

Bandhavgarh National Park is in the central Indian state of Madhya Pradesh. This biodiverse park is known for its large population of royal Bengal tigers, especially in the central Tala zone. Other animals include white tigers, leopards and deer. The mix of tropical forest, Sal trees and grassland is home to scores of bird species, including eagles. To the south are the remains of the ancient Bandhavgarh Fort.

Distance and time for travel between Jabalpur To Bandhavgarh cab distance

Spots to Visit in Bandhavgarh

When renting a car for rent car for Jabalpur To Bandhavgarh, its best to book at least 1-2 weeks ahead so you can get the best prices for a quality service. Last minute rentals are always expensive and there is a high chance that service would be compromised as even the taxi provider is limited to whatever vehicle is available at their disposal.

Jabalpur To Bandhavgarh Round Trip Taxi

Why should we go with car on rentals for Jabalpur To Bandhavgarh by car book?

When you rent a car from Jabalpur To Bandhavgarh taxi services, we'll help you pick from a range of car rental options in Jabalpur . Whether you're looking for budget cars, comfortable cars, large cars or a luxury car for your trip- we have it all.We also provide Tempo Travelers for large groups. Jabalpur To Bandhavgarh car hire,You can choose between an Indica, Sedan, Innova or luxury cars like Corolla or Mercedes depending on the duration of your trip and group size.