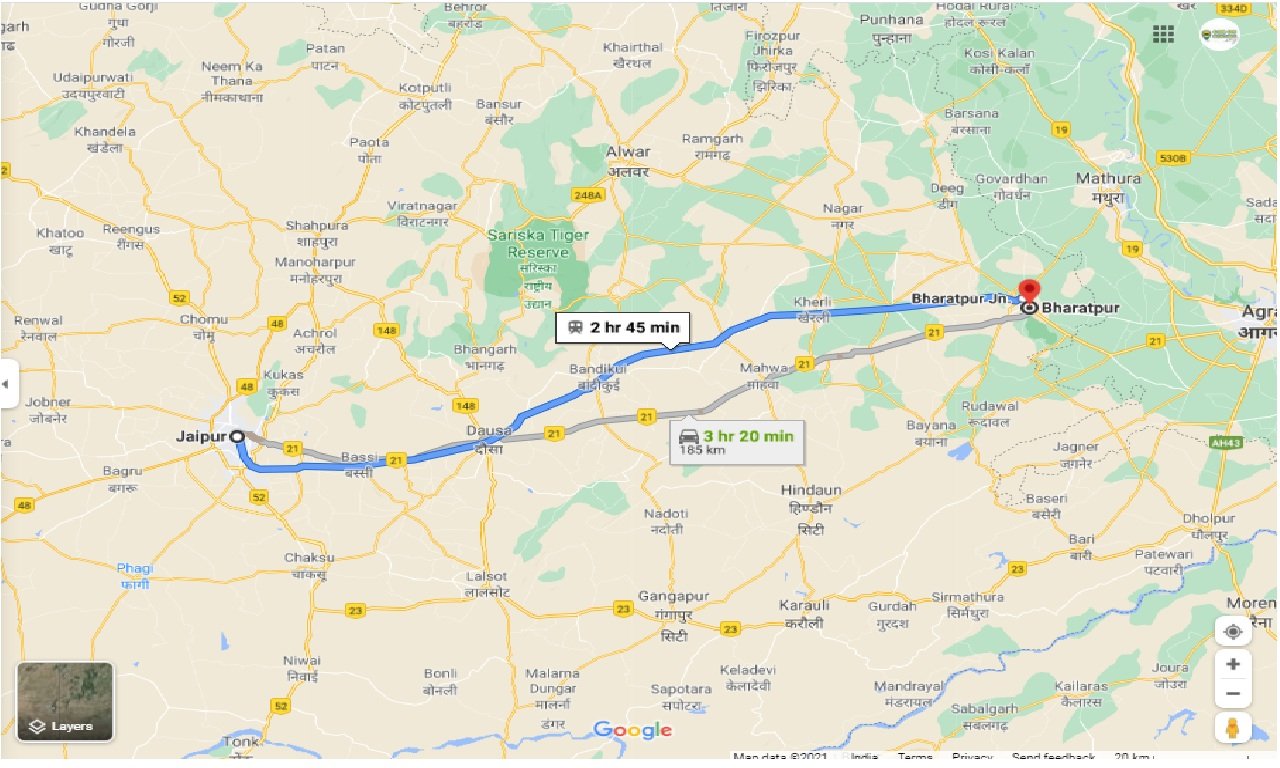 Hire Cab from Jaipur To Bharatpur One Way

One Way taxi from Jaipur To Bharatpur Taxi Book One Way taxi. Car fares & check for online discounts & deals on Jaipur To Bharatpur car taxi service.? No Extra-Charges. Call 8888807783. Jaipur is the capital of Indiaâ€™s Rajasthan state. It evokes the royal family that once ruled the region and that, in 1727, founded what is now called the Old City, or â€œPink Cityâ€ for its trademark building color. At the center of its stately street grid (notable in India) stands the opulent, colonnaded City Palace complex. With gardens, courtyards and museums, part of it is still a royal residence.

Bharatpur is an Indian city in eastern Rajasthan. At its center is the 18th-century Lohagarh Fort, surrounded by a moat. Inside the fort is the Government Museum, which displays artifacts of local rajas. Just south, carved statues of Hindu gods fill Ganga Mandir and the sandstone Laxman Mandir temples. South of the city, Keoladeo National Park is a major bird sanctuary with hundreds of species.

Distance and time for travel between Jaipur To Bharatpur cab distance

Spots to Visit in Bharatpur

When renting a car for rent car for Jaipur To Bharatpur, its best to book at least 1-2 weeks ahead so you can get the best prices for a quality service. Last minute rentals are always expensive and there is a high chance that service would be compromised as even the taxi provider is limited to whatever vehicle is available at their disposal.

The perfect time to visit Bharatpur is between October to March, when you get to see spectacular views of migratory birds at the Bharatpur Bird Sanctuary (Keoladeo National Park). Birds start migrating mid-February onwards and you might miss on a lot of them if you don't visit Bharatpur within these four months.

Jaipur To Bharatpur One Way Taxi

Why should we go with car on rentals for Jaipur To Bharatpur by car book?

When you rent a car from Jaipur To Bharatpur taxi services, we'll help you pick from a range of car rental options in Jaipur . Whether you're looking for budget cars, comfortable cars, large cars or a luxury car for your trip- we have it all.We also provide Tempo Travelers for large groups. Jaipur To Bharatpur car hire,You can choose between an Indica, Sedan, Innova or luxury cars like Corolla or Mercedes depending on the duration of your trip and group size.