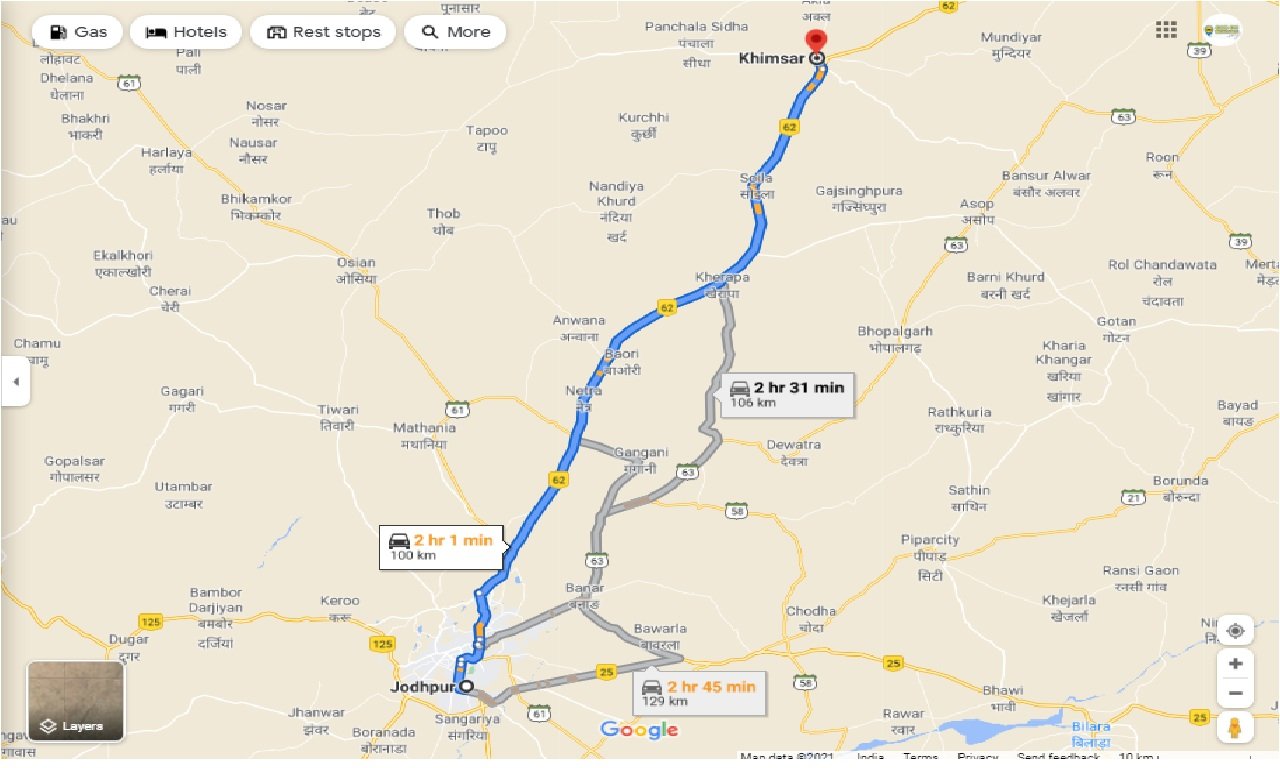 Hire Cab from Jodhpur To Khimsar Round Trip

Round Trip Taxi From Jodhpur To Khimsar cab, compare Car fares & check for online discounts & deals on Jodhpur To Khimsar taxi Service. Clean Cars, No Extra Charges.8888807783. Jodhpur is a city in the Thar Desert of the northwest Indian state of Rajasthan. Its 15th-century Mehrangarh Fort is a former palace thatâ€™s now a museum, displaying weapons, paintings and elaborate royal palanquins (sedan chairs). Set on on a rocky outcrop, the fort overlooks the walled city, where many buildings are painted the cityâ€™s iconic shade of blue.

Khimsar Fort is located near Khinvsar village, in the Nagaur district of Rajasthan in India, halfway between Jodhpur and Nagaur, on the eastern edge of the Thar Desert. The fortress was built in 1523 by Rao Karamsji, the 8th son of Rao Jodha of Jodhpur. Aurangzeb use to stay here while in Nagaur.

Distance and time for travel between Jodhpur To Khimsar cab distance

Distance between Jodhpur To Khimsar is 100.8 km by Road along with an aerial distance. The Distance can be covered in about 01 hours 50 minutes by Jodhpur To Khimsar cab. Your Khimsar travel time may vary due to your bus speed, train speed or depending upon the vehicle you use.

Spots to Visit in Khimsar

When renting a car for rent car for Jodhpur To Khimsar, its best to book at least 1-2 weeks ahead so you can get the best prices for a quality service. Last minute rentals are always expensive and there is a high chance that service would be compromised as even the taxi provider is limited to whatever vehicle is available at their disposal.

November to February are the best months to visit Khimsar. Nagaur Festival is celebrated between the month of January and February, every year and this is the time when most of the tourists come to the town.

Jodhpur To Khimsar Round Trip Taxi

Why should we go with car on rentals for Jodhpur To Khimsar by car book?

When you rent a car from Jodhpur To Khimsar taxi services, we'll help you pick from a range of car rental options in Jodhpur . Whether you're looking for budget cars, comfortable cars, large cars or a luxury car for your trip- we have it all.We also provide Tempo Travelers for large groups. Jodhpur To Khimsar car hire,You can choose between an Indica, Sedan, Innova or luxury cars like Corolla or Mercedes depending on the duration of your trip and group size.