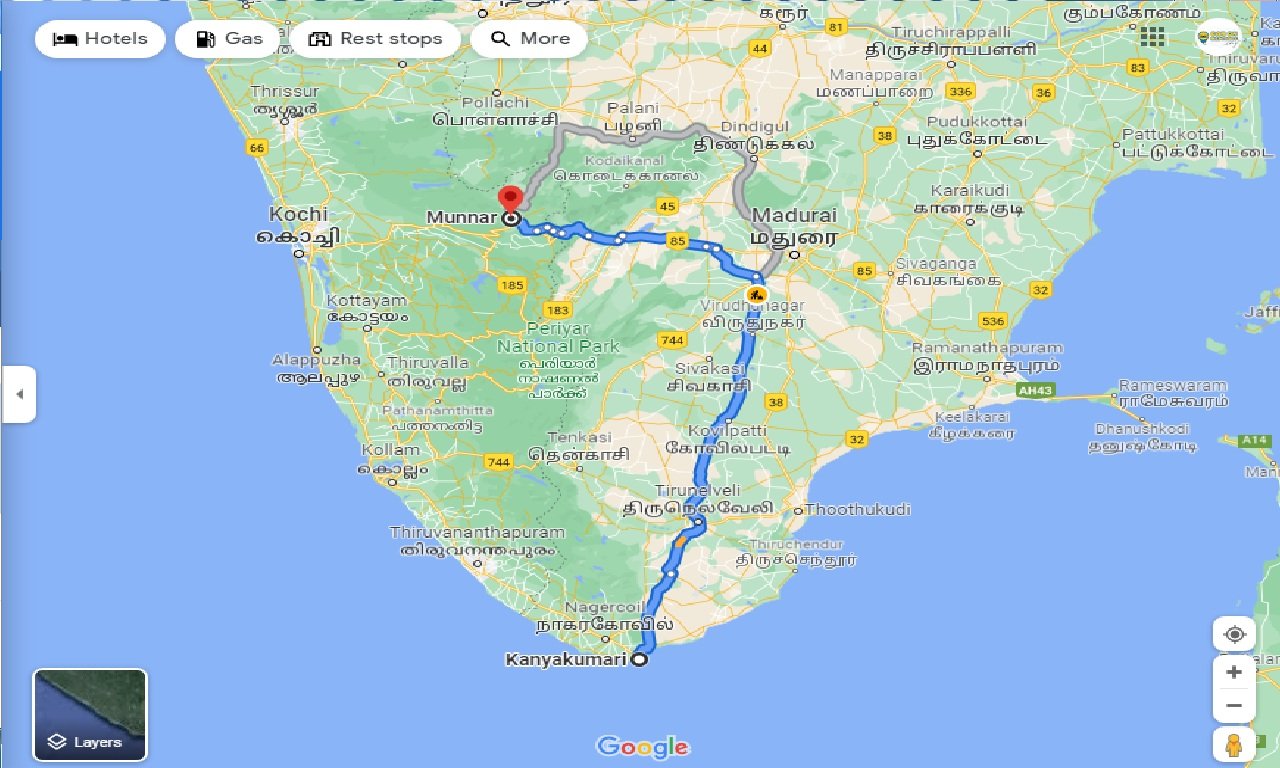 Hire Cab from Kanyakumari to Munnar Round Trip

Book Kanyakumari to Munnar cab, compare Car fares & check for online discounts & deals on Kanyakumari to Munnar taxi Service. Clean Cars, No Extra Charges.8888807783. Kanyakumari is a coastal town in the state of Tamil Nadu on India's southern tip. Jutting into the Laccadive Sea, the town was known as Cape Comorin during British rule and is popular for watching sunrise and sunset over the ocean. It's also a noted pilgrimage site thanks to its Bagavathi Amman Temple, dedicated to a consort of Shiva, and its Our Lady of Ransom Church, a center of Indian Catholicism.

Munnar is a town in the Western Ghats mountain range in Indiaâ€™s Kerala state. A hill station and former resort for the British Raj elite.

Distance and time for travel between Kanyakumari to Munnar cab distance

When renting a car for rent car for Kanyakumari to Munnar , its best to book at least 1-2 weeks ahead so you can get the best prices for a quality service. Last minute rentals are always expensive and there is a high chance that service would be compromised as even the taxi provider is limited to whatever vehicle is available at their disposal.

September to March is the best time to visit Munnar because of pleasant weather. Summers (April - June) are a little warm, but one can still visit Munnar during this season. Monsoon season (July and August) experiences heavy rainfall which could hamper your travel plans and hence this period should be avoided.

Kanyakumari to Munnar Round Trip Taxi

Why should we go with car on rentals for Kanyakumari to Munnar by car book?

When you rent a car from Kanyakumari to Munnar taxi services, we'll help you pick from a range of car rental options in Kanyakumari. Whether you're looking for budget cars, comfortable cars, large cars or a luxury car for your trip- we have it all.We also provide Tempo Travelers for large groups. Kanyakumari to Munnar car hire,You can choose between an Indica, Sedan, Innova or luxury cars like Corolla or Mercedes depending on the duration of your trip and group size.