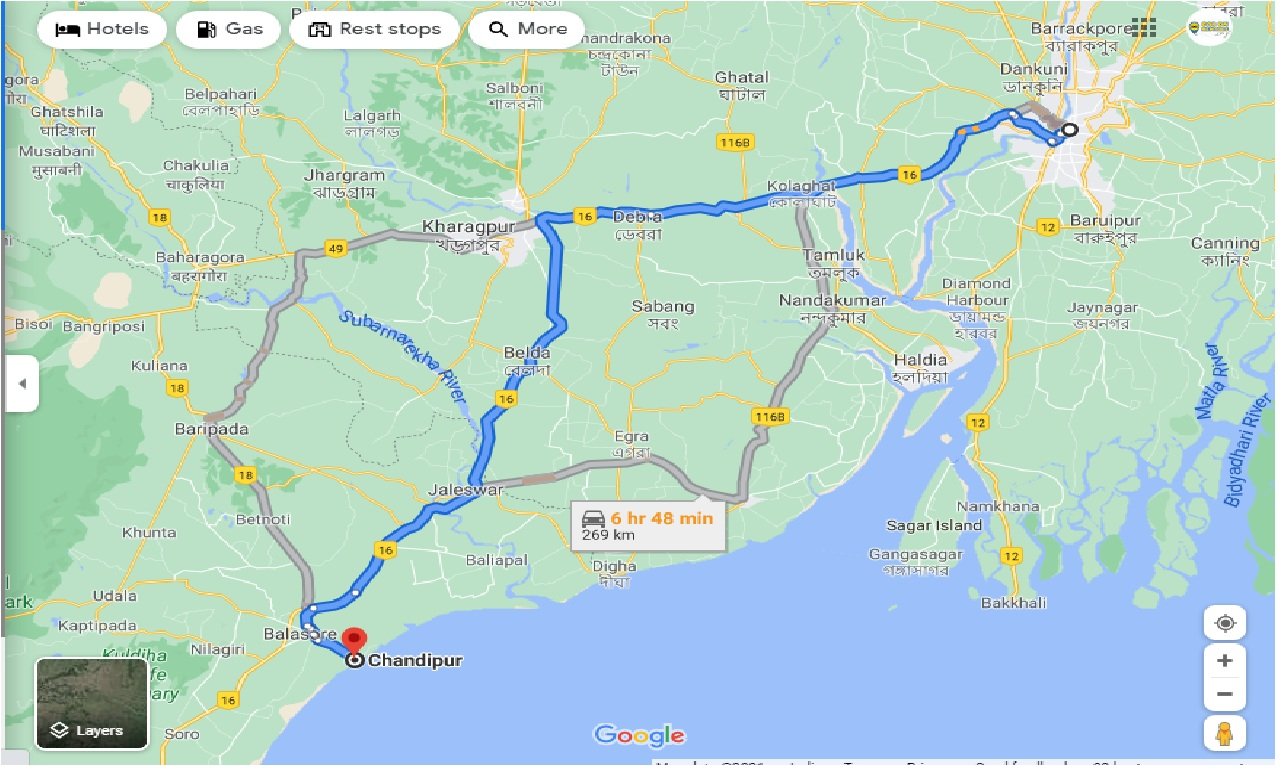 Cab Kolkata To Chandipur Swift Dzire, Taxi Kolkata To Chandipur Toyota Innova, Kolkata (formerly Calcutta) is the capital of India's West Bengal state. Founded as an East India Company trading post, it was India's capital under the British Raj from 1773â€“1911. Today itâ€™s known for its grand colonial architecture, art galleries and cultural festivals. Itâ€™s also home to Mother House, headquarters of the Missionaries of Charity, founded by Mother Teresa, whose tomb is on site.

Chandipur, is a beach in Baleswar District, Odisha, India. The beach is located on the shore of Bay of Bengal and is approximately 16 kilometers from the Baleswar Railway Station. The beach is unique in a way that the water recedes up to 5 kilometers during the ebb tide.