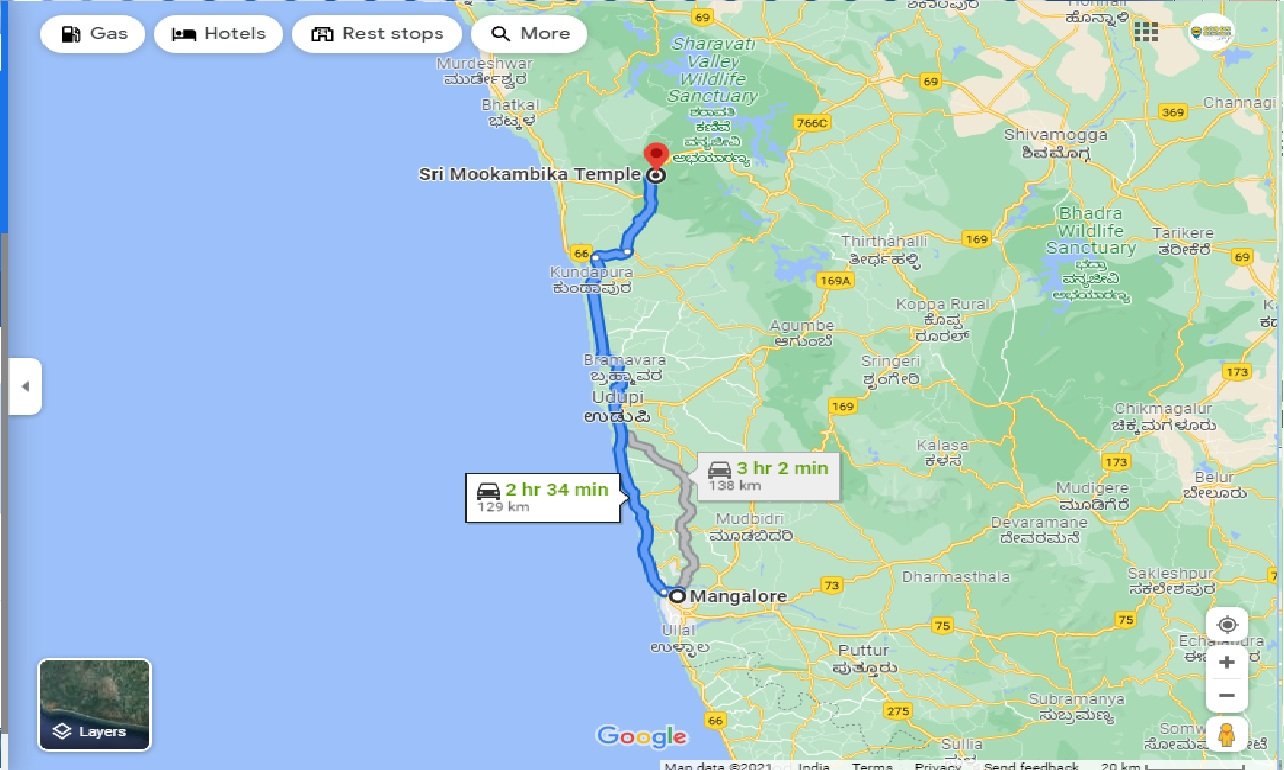 Kollur Mookambika Temple is located at Kollur, Udupi District in the state of Karnataka, India. It is a Hindu temple dedicated to the mother Goddess known as Mookambika Devi. It is situated in the foothills of Kodachadri hills, on the southern bank of Souparnika River.