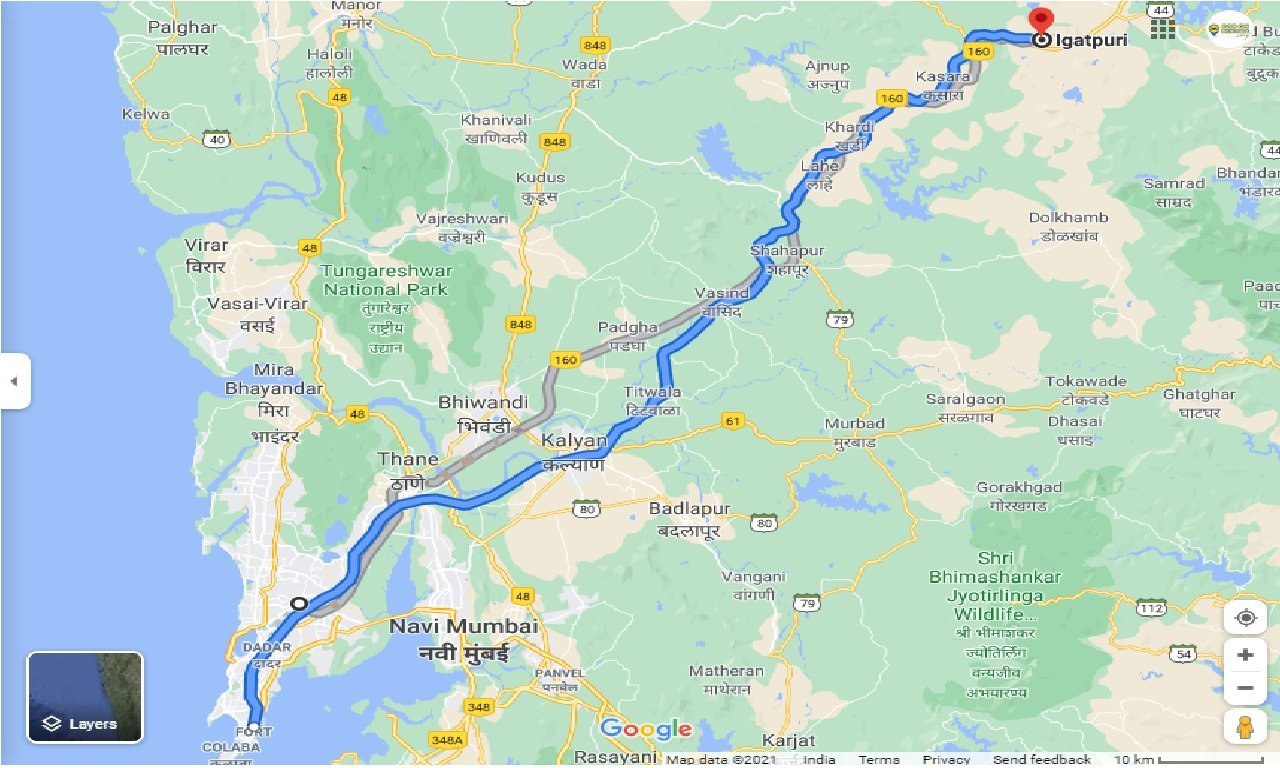 Igatpuri is a town and hill station in the Western Ghat mountains of Maharashtra, western India. The huge Dhamma Giri academy is dedicated to the teaching of Vipassana meditation. At its entrance stands Myanmar Gate, a golden pagoda. North, hilltop Tringalwadi Fort has a small temple. Southeast, trails lead up to Kalsubai Peak. The surrounding Kalsubai Harishchandragad Wildlife Sanctuary is home to leopards and deer.