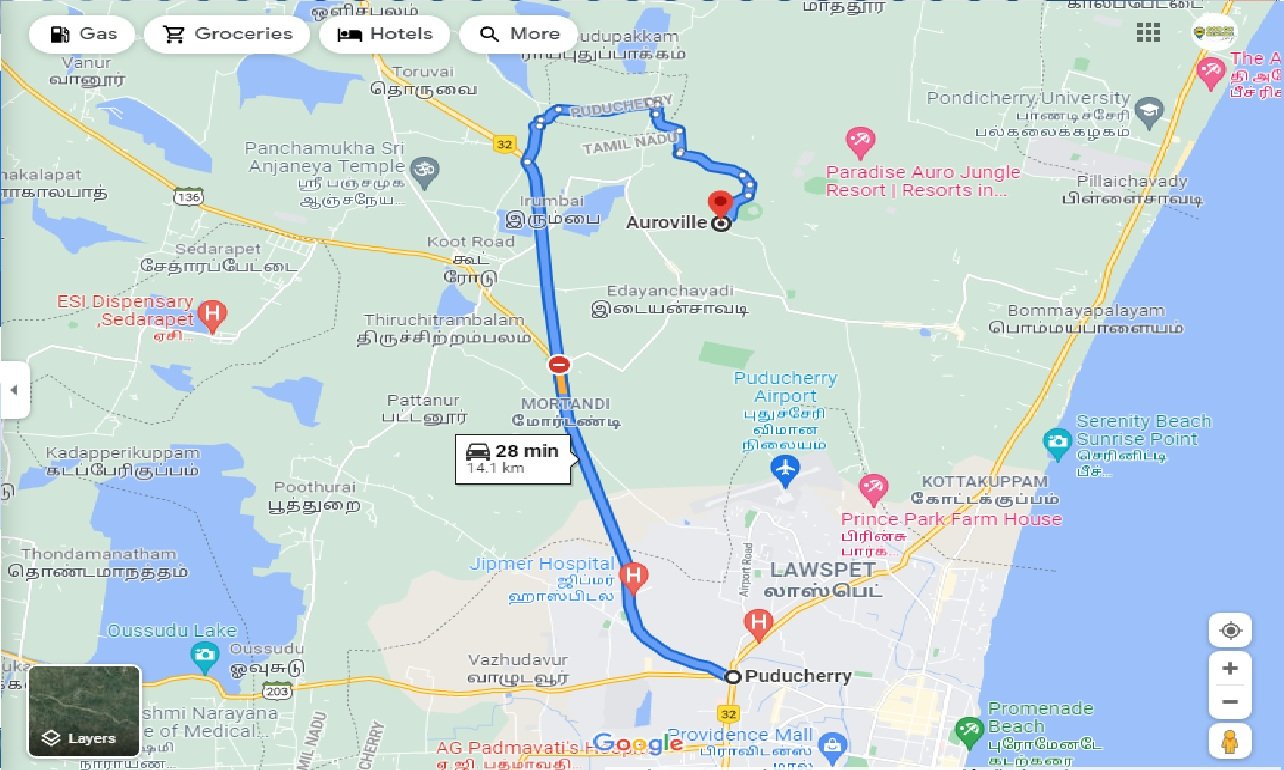 Hire Cab from Pondicherry To Auroville Round Trip

Book Pondicherry To Auroville cab, compare Car fares & check for online discounts & deals on Pondicherry To Auroville taxi Service. Clean Cars, No Extra Charges.8888807783. Pondicherry (or Puducherry), a French colonial settlement in India until 1954, is now a Union Territory town bounded by the southeastern Tamil Nadu state. Its French legacy is preserved in its French Quarter, with tree-lined streets, mustard-colored colonial villas and chic boutiques. A seaside promenade runs along the Bay of Bengal and passes several statues, including a 4m-high Gandhi Memorial.

Auroville is an experimental township in Viluppuram district mostly in the state of Tamil Nadu, India with some parts in the Union Territory of Puducherry in South India. It was founded in 1968 by Mirra Alfassa and designed by architect Roger Anger.

Distance and time for travel between Pondicherry To Auroville cab distance

Spots to Visit in Auroville

When renting a car for rent car for Pondicherry To Auroville, its best to book at least 1-2 weeks ahead so you can get the best prices for a quality service. Last minute rentals are always expensive and there is a high chance that service would be compromised as even the taxi provider is limited to whatever vehicle is available at their disposal.

November-March are the best months to visit this place. The weather of Auroville is tropical in nature.

Pondicherry To Auroville Round Trip Taxi

Why should we go with car on rentals for Pondicherry To Auroville by car book?

When you rent a car from Pondicherry To Auroville taxi services, we'll help you pick from a range of car rental options in Pondicherry . Whether you're looking for budget cars, comfortable cars, large cars or a luxury car for your trip- we have it all.We also provide Tempo Travelers for large groups. Pondicherry To Auroville car hire,You can choose between an Indica, Sedan, Innova or luxury cars like Corolla or Mercedes depending on the duration of your trip and group size.