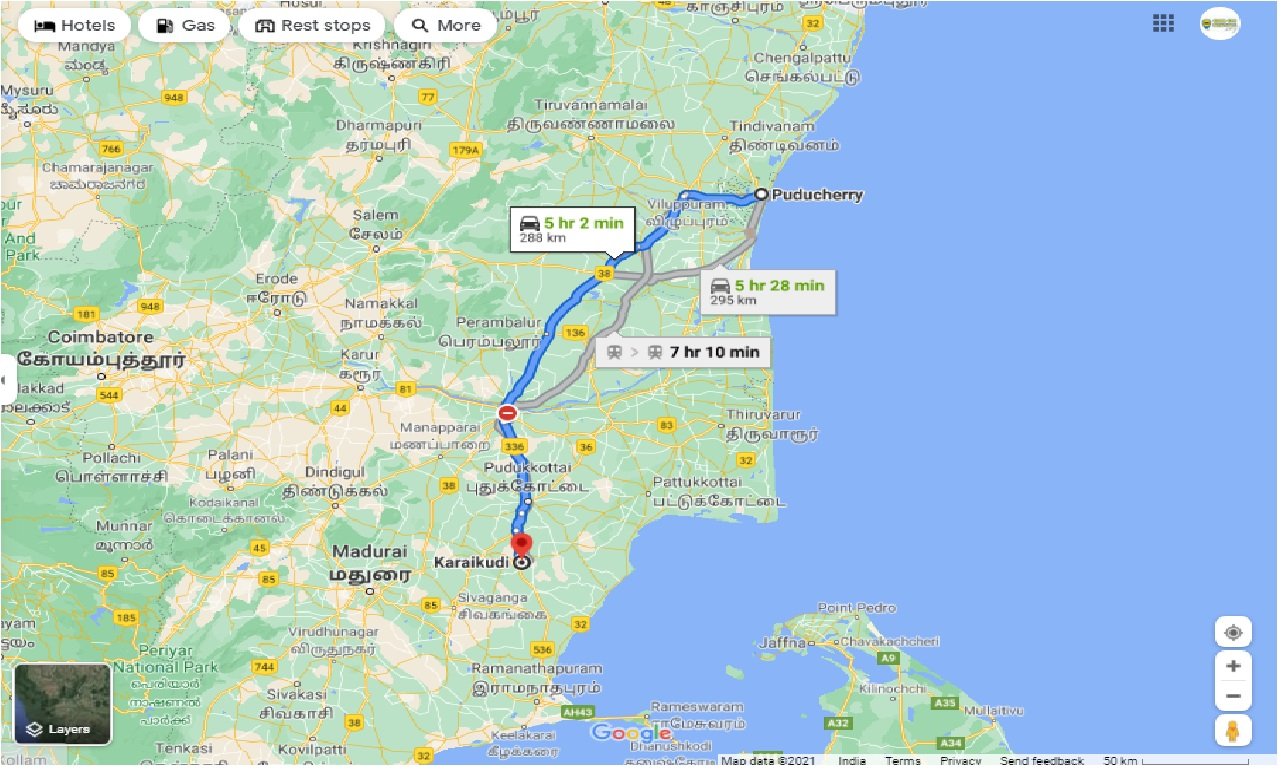 Hire Cab from Pondicherry To Karaikudi One Way

One Way taxi from Pondicherry To Karaikudi Book One Way taxi. Car fares & check for online discounts & deals on Pondicherry To Karaikudi car taxi service.? No Extra-Charges. Call 8888807783. Puducherry, formerly known as Pondicherry, is one of the 8 union territories of India. It was formed out of four territories of former French India, namely PondichÃ©ry, Karikal, MahÃ© and Yanaon, excluding Chandernagore. It is named after the largest district, Puducherry.

karaikudi is a municipality in Sivaganga district in the Indian state of Tamil Nadu. It is the 20th largest urban agglomeration of Tamil Nadu based on 2011 census data.

Distance and time for travel between Pondicherry To Karaikudi cab distance

Distance between Pondicherry To Karaikudi is 289.8 km by Road along with an aerial distance. The Distance can be covered in about 05 hours 09 minutes by Pondicherry To 2Karaikudi cab. Your Karaikudi travel time may vary due to your bus speed, train speed or depending upon the vehicle you use.

Spots to Visit in Karaikudi

When renting a car for rent car for Pondicherry To Karaikudi, its best to book at least 1-2 weeks ahead so you can get the best prices for a quality service. Last minute rentals are always expensive and there is a high chance that service would be compromised as even the taxi provider is limited to whatever vehicle is available at their disposal.

The season starts in the month of December. The weather is extremely pleasant to go around and visit temples and palaces. The visitors also arrange their trips during the winter so that they can attend the festivals and cultural events being held in the city. Chettinad is a must visit place in Tamil Nadu.

Pondicherry To Karaikudi One Way Taxi

Why should we go with car on rentals for Pondicherry To Karaikudi by car book?

When you rent a car from Pondicherry To Karaikudi taxi services, we'll help you pick from a range of car rental options in Pondicherry . Whether you're looking for budget cars, comfortable cars, large cars or a luxury car for your trip- we have it all.We also provide Tempo Travelers for large groups. Pondicherry To Karaikudi car hire,You can choose between an Indica, Sedan, Innova or luxury cars like Corolla or Mercedes depending on the duration of your trip and group size.