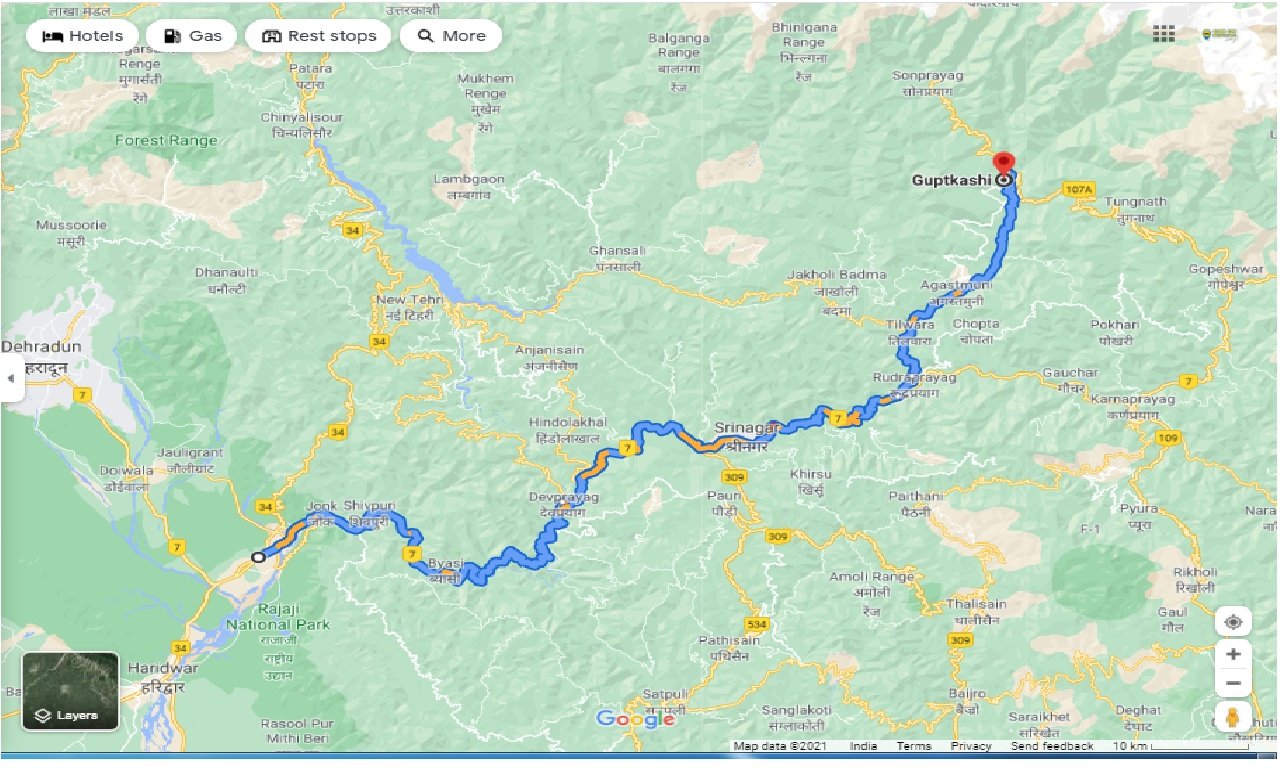 Hire Cab from Rishikesh To Guptkashi One Way

One Way taxi from Rishikesh To Guptkashi car. Book One Way taxi. Car fares & check for online discounts & deals on Rishikesh To Guptkashi car taxi service.? No Extra-Charges. Call 8888807783. Rishikesh is a city in Indiaâ€™s northern state of Uttarakhand, in the Himalayan foothills beside the Ganges River. The river is considered holy, and the city is renowned as a center for studying yoga and meditation. Temples and ashrams (centers for spiritual studies) line the eastern bank around Swarg Ashram, a traffic-free, alcohol-free and vegetarian enclave upstream from Rishikesh town.

Guptakashi, Gupta Kashi or Guptkashi is a fairly large town located at an elevation of 1,319 metres (4,327 ft) in the Kedar-khanda ('khanda' means "sector"), in Garhwal Himalayas of Rudraprayag district in Uttrakhand, India. It is known for its ancient Vishwanath Temple dedicated to the god Shiva, which is similar to the one in Varanasi (Kashi).

Distance and time for travel between Rishikesh To Guptkashi cab distance

Spots to Visit in Guptkashi

When renting a car for rent car for Rishikesh To Guptkashi, its best to book at least 1-2 weeks ahead so you can get the best prices for a quality service. Last minute rentals are always expensive and there is a high chance that service would be compromised as even the taxi provider is limited to whatever vehicle is available at their disposal.

The ideal time to visit this place is during summers. The weather remains pleasant during these months. If you want to enjoy chilly winters then November and December are the months to come here as the temperature goes down to 0 degrees Celcius. However, if you are planning to visit Kedarnath and Badrinath, then winters are not an ideal time to come.

Rishikesh To Guptkashi One Way Taxi

Why should we go with car on rentals for Rishikesh To Guptkashi by car book?

When you rent a car from Rishikesh To Guptkashi taxi services, we'll help you pick from a range of car rental options in Rishikesh . Whether you're looking for budget cars, comfortable cars, large cars or a luxury car for your trip- we have it all.We also provide Tempo Travelers for large groups. Rishikesh To Guptkashi car hire,You can choose between an Indica, Sedan, Innova or luxury cars like Corolla or Mercedes depending on the duration of your trip and group size.