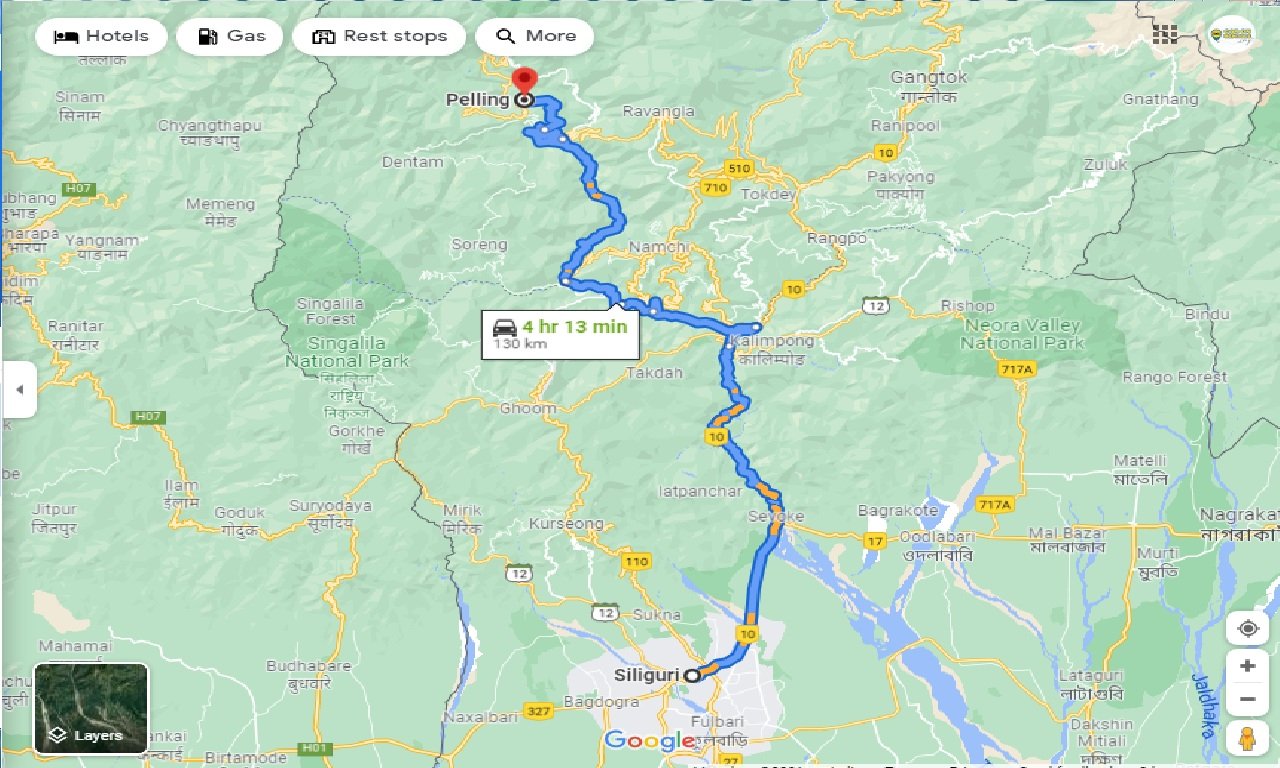 Hire Cab from Siliguri To Pelling Round Trip

Book Siliguri To Pelling cab, compare Car fares & check for online discounts & deals on Siliguri To Pelling taxi Service. Clean Cars, No Extra Charges.8888807783. Siliguri is a city in the northeast Indian state of West Bengal. It sits in the foothills of the Himalayas, surrounded by tea gardens. Itâ€™s home to the North Bengal Science Centre, with its digital planetarium and model T. rex. To the east is leafy Surya Sen Park, named after an independence activist, and the huge, white-domed ISKCON Temple. Farther north, the Salugara Monastery is a colorful Buddhist shrine.

Pelling is a small town in the northeastern Indian state of Sikkim, at the foothills of Mount Khangchendzonga. The late-17th-century Buddhist Sanga Choling Monastery has mountain views. Pemayangtse Monastery features wall paintings, sculptures and a gold-plated statue of Guru Padsambhava. Overlooking a valley, the 17th-century Rabdentse Palace, now in ruins, still has evidence of the kingâ€™s bedroom and kitchen.

Distance and time for travel between Siliguri To Pelling cab distance

Distance between Siliguri To Pelling is 131.5 km by Road along with an aerial distance. The Distance can be covered in about 04 hours 56 minutes by Siliguri To Pelling cab. Your Pelling travel time may vary due to your bus speed, train speed or depending upon the vehicle you use.

Spots to Visit in Pelling

When renting a car for rent car for Siliguri To Pelling, its best to book at least 1-2 weeks ahead so you can get the best prices for a quality service. Last minute rentals are always expensive and there is a high chance that service would be compromised as even the taxi provider is limited to whatever vehicle is available at their disposal.

Apart from this, the best time to visit this captivating place is between the months of September to May. Winter season and the onset of summers is the most favorable time to travel to Pelling. Monsoon season is the least preferred season, as during this period, Pelling receives torrential rains.

Siliguri To Pelling Round Trip Taxi

Why should we go with car on rentals for Siliguri To Pelling by car book?

When you rent a car from Siliguri To Pelling taxi services, we'll help you pick from a range of car rental options in Siliguri . Whether you're looking for budget cars, comfortable cars, large cars or a luxury car for your trip- we have it all.We also provide Tempo Travelers for large groups. Siliguri To Pelling car hire,You can choose between an Indica, Sedan, Innova or luxury cars like Corolla or Mercedes depending on the duration of your trip and group size.