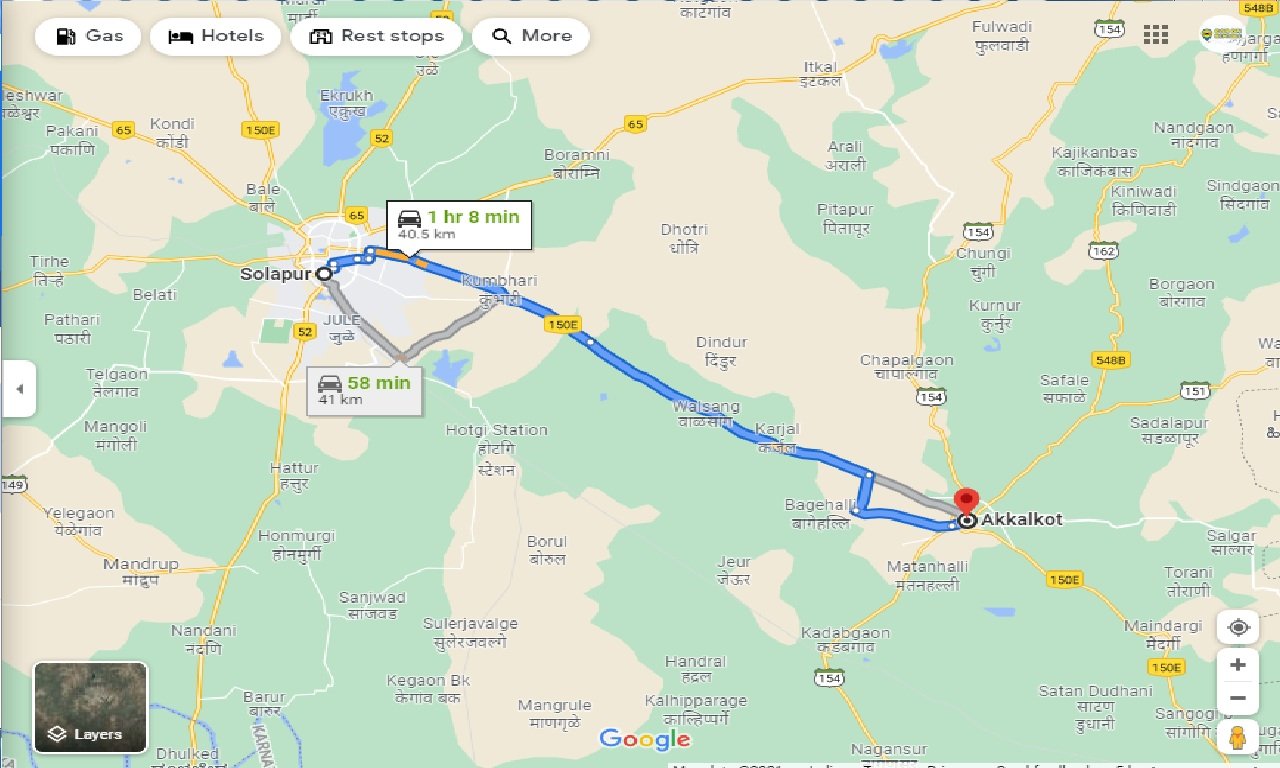 Hire Cab from Solapur To Akkalkot Round Trip

Book Solapur To Akkalkot cab, compare Car fares & check for online discounts & deals on Solapur To Akkalkot taxi Service. Clean Cars, No Extra Charges.8888807783. Solapur is a city located in the south-western region of the Indian state of Maharashtra, close to its border with Karnataka. Solapur is located on major Highway, rail routes between Mumbai, Pune, Bangalore and Hyderabad, with a branch line to the cities of Bijapur and Gadag in the neighbouring state of Karnataka.

Akkalkot is a City and a municipal council in Solapur district in the Indian state of Maharashtra. It is situated 40 km southeast of Solapur and very close to the border between Maharashtra and Karnataka states.

Distance and time for travel between Solapur To Akkalkot cab distance

Distance between Solapur To Akkalkot is 38.8 km by Road along with an aerial distance. The Distance can be covered in about 01 hours 12 minutes by Solapur To Akkalkot cab. Your Akkalkot travel time may vary due to your bus speed, train speed or depending upon the vehicle you use.

Spots to Visit in Akkalkot

When renting a car for rent car for Solapur To Akkalkot, its best to book at least 1-2 weeks ahead so you can get the best prices for a quality service. Last minute rentals are always expensive and there is a high chance that service would be compromised as even the taxi provider is limited to whatever vehicle is available at their disposal.

The best time to visit is between 2 pm and 5 pm, but should you wish to perform any rituals, visiting before 11.30 am would be ideal. Akkalkot also has a number of other ashrams and samadhis of Swami Samarth's devotees who were scattered all over town, but they aren't as famous as the main temple.

Solapur To Akkalkot Round Trip Taxi

Why should we go with car on rentals for Solapur To Akkalkot by car book?

When you rent a car from Solapur To Akkalkot taxi services, we'll help you pick from a range of car rental options in Solapur . Whether you're looking for budget cars, comfortable cars, large cars or a luxury car for your trip- we have it all.We also provide Tempo Travelers for large groups. Solapur To Akkalkot car hire,You can choose between an Indica, Sedan, Innova or luxury cars like Corolla or Mercedes depending on the duration of your trip and group size.