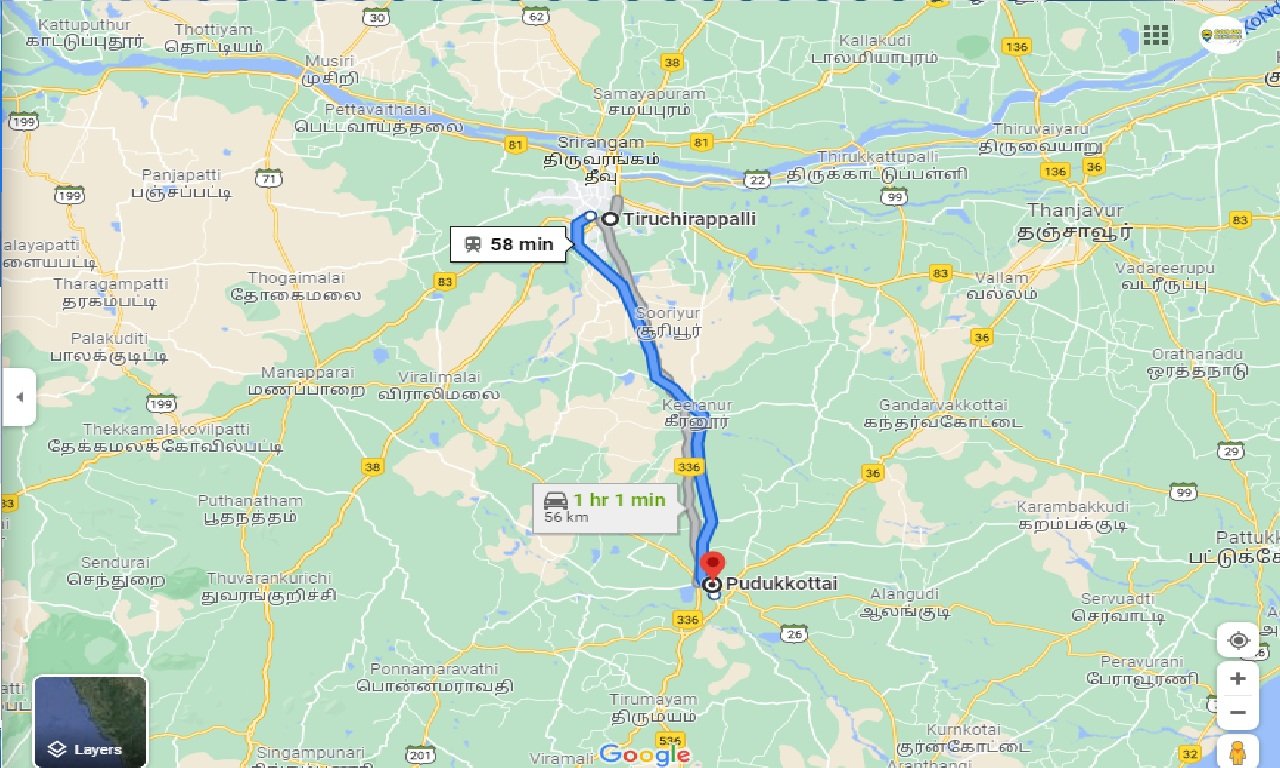 Hire Cab from Tiruchirappalli to Pudukkottai One Way

Pudukkottai is the administrative headquarters of Pudukkottai District in the Indian state of Tamil Nadu. It is a big town located on the banks of River Vallaru, it has been ruled, at different times, by the Cholas, Mutharaiyars, Early Pandyas, Thondaimans, and the British.

Distance and time for travel between Tiruchirappalli to Pudukkottai cab distance

When renting a car for rent car for Tiruchirappalli to Pudukkottai , its best to book at least 1-2 weeks ahead so you can get the best prices for a quality service. Last minute rentals are always expensive and there is a high chance that service would be compromised as even the taxi provider is limited to whatever vehicle is available at their disposal.

winters are the best time to visit Pudukkottai and experience the beauty of the town to its fullest.

Tiruchirappalli to Pudukkottai One Way Taxi

Why should we go with car on rentals for Tiruchirappalli to Pudukkottai by car book?