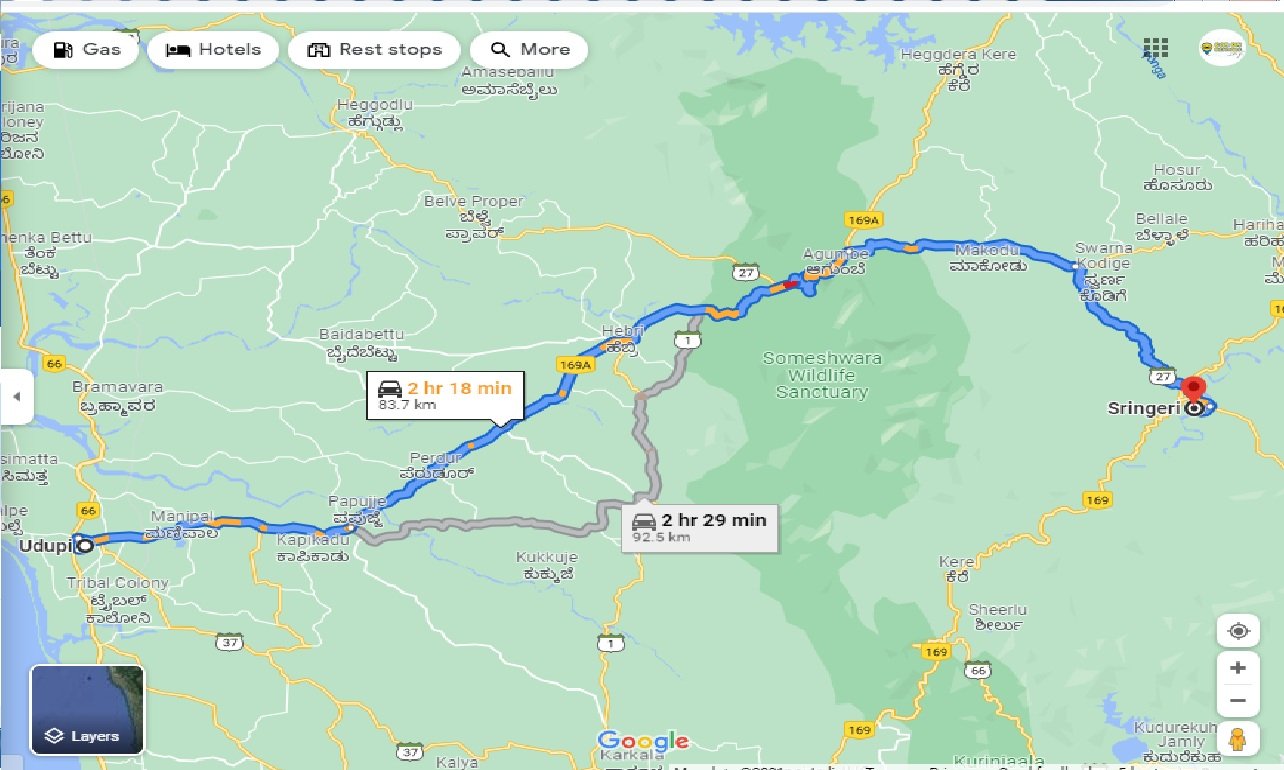 Hire Cab from Udupi to sringeri Round Trip

Book Udupi to sringeri cab, compare Car fares & check for online discounts & deals on Udupi to sringeri taxi Service. Clean Cars, No Extra Charges.8888807783. Udupi is a city in the southwest Indian state of Karnataka. It's known for its Hindu temples, including the huge, 13th-century Sri Krishna Temple, which houses a statue of Lord Krishna and attracts many pilgrims. Nearby, the ancient Anantheshwara Temple is dedicated to the god Shiva. The Corporation Bank Heritage Museum features coins dating from 400 BC, plus stamps and displays about Indiaâ€™s banking industry.

Sringeri also called Sri Kshetra Shringeri is a hill town and Taluk headquarters located in Chikkamagaluru district in the Indian state of Karnataka, It is the site of the first maá¹­ha (Sringeri Sharada Peetham) established by Adi Shankara, Hindu theologian and exponent of the Advaita Vedanta philosophy, in the 8th century CE It is located on the banks of the river Tunga.

Distance and time for travel between Udupi to sringeri cab distance

Distance between Udupi to sringeri is 89.8 km by Road along with an aerial distance. The Distance can be covered in about 02 hours 03 minutes by Udupi to sringeri cab. Your Sringeri travel time may vary due to your bus speed, train speed or depending upon the vehicle you use.

When renting a car for rent car for Udupi to sringeri, its best to book at least 1-2 weeks ahead so you can get the best prices for a quality service. Last minute rentals are always expensive and there is a high chance that service would be compromised as even the taxi provider is limited to whatever vehicle is available at their disposal.

Sringeri will leave you equally spellbound across the year with its pleasant an cool climate. Summers offer a good time to visit the temples and move about the city while the showers leave the sceneries all the more breathtaking.

Udupi to sringeri Round Trip Taxi

Why should we go with car on rentals for Udupi to sringeri by car book?

When you rent a car from Udupi to sringeri taxi services, we'll help you pick from a range of car rental options in Udupi . Whether you're looking for budget cars, comfortable cars, large cars or a luxury car for your trip- we have it all.We also provide Tempo Travelers for large groups. Udupi to sringeri car hire,You can choose between an Indica, Sedan, Innova or luxury cars like Corolla or Mercedes depending on the duration of your trip and group size.