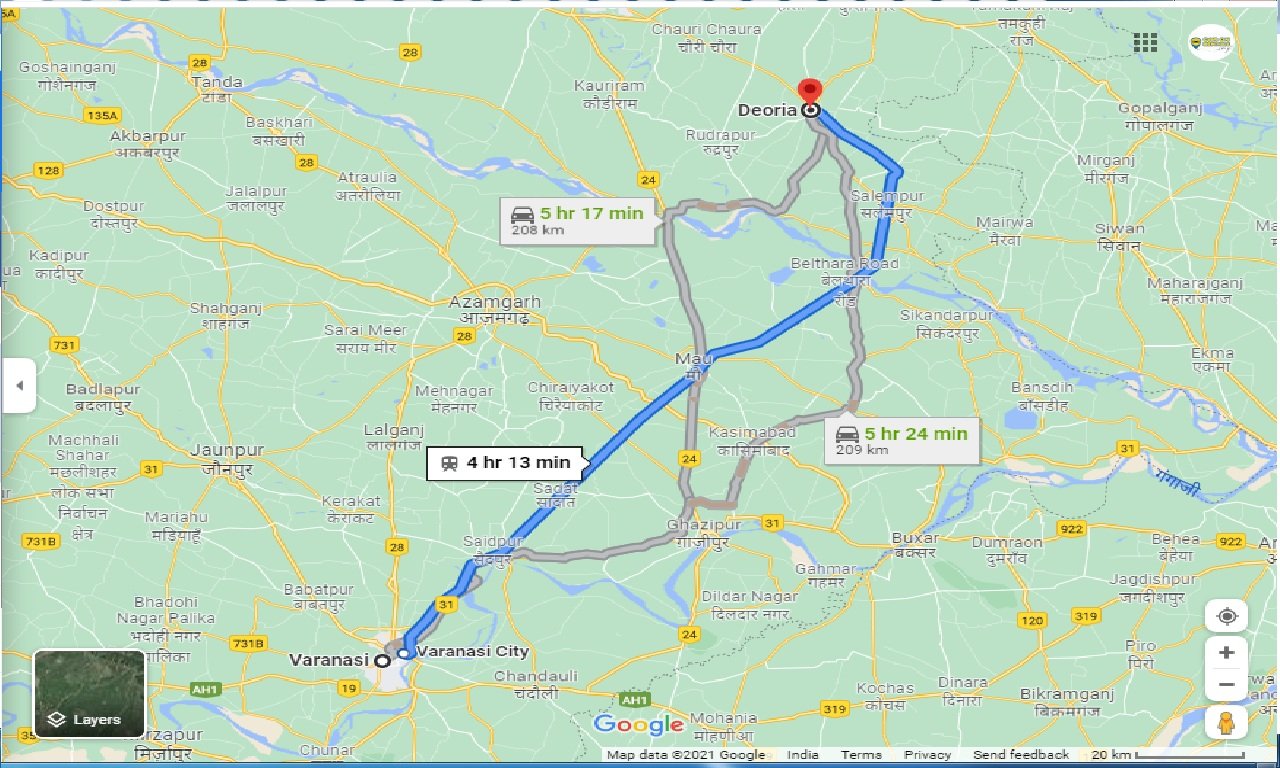 Deoria is a city in the state of Uttar Pradesh, India. It is one of five tehsils of the Deoria district. Deoria is located 50 km east of Gorakhpur and about 310 km from the state capital Lucknow.