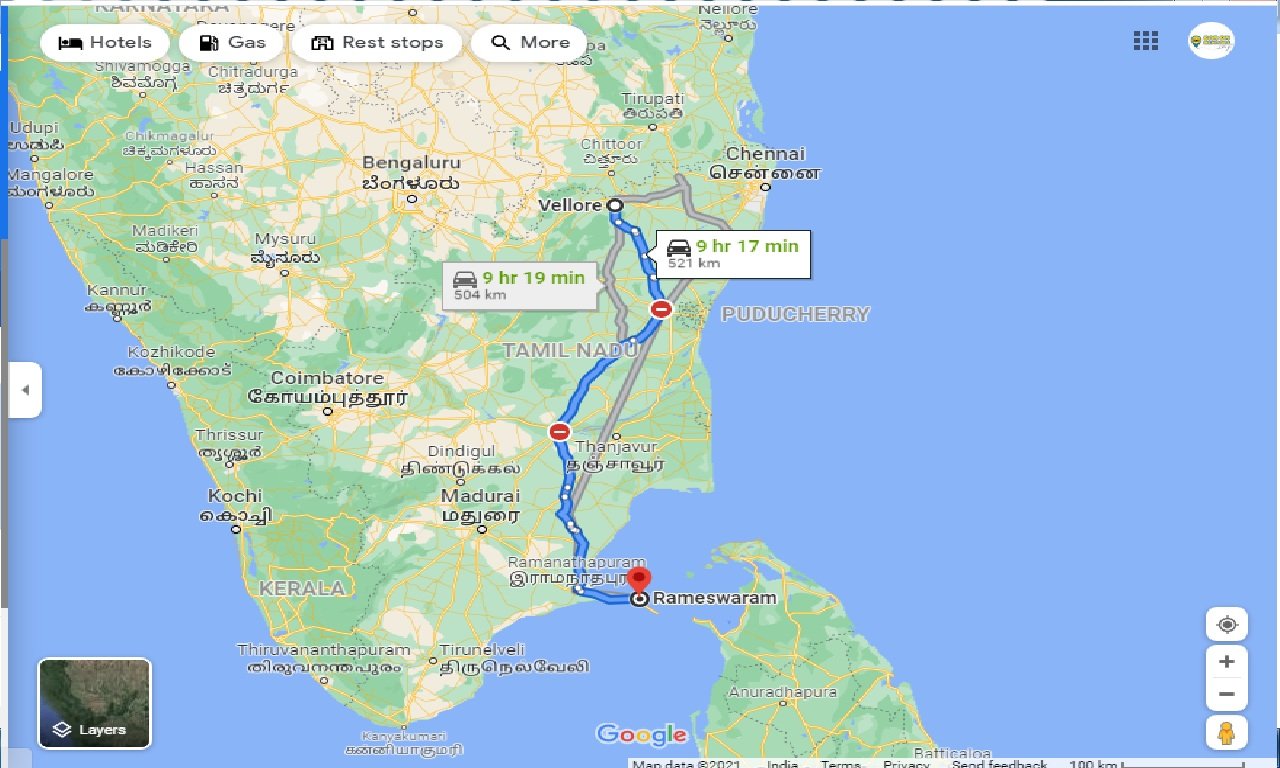 Hire Cab from Vellore To Rameshwaram Round Trip

Book Vellore To Rameshwaram cab, compare Car fares & check for online discounts & deals on Vellore To Rameshwaram taxi Service. Clean Cars, No Extra Charges.8888807783. Vellore is a city in the state of Tamil Nadu, in southern India. It's known for 16th-century Vellore Fort, with its imposing granite walls and surrounding moat. Inside the fort, the Jalakandeswarar Temple features many ornate sculptures. Nearby, the Government Museum has prehistoric relics and natural history displays. By the Palar River, the Muthu Mandapam memorial houses the tomb of a Tamil leader.

Rameswaram is a town on Pamban Island, in the southeast Indian state of Tamil Nadu. Itâ€™s known for Ramanathaswamy Temple, a Hindu pilgrimage site with ornate corridors, huge sculpted pillars and sacred water tanks. Devotees bathe in the waters of Agni Theertham, off the beach east of the temple. Gandamadana Parvatham is a hill with island views. A chakra (wheel) here is said to bear an imprint of Lord Ramaâ€™s feet.

Distance and time for travel between Vellore To Rameshwaram cab distance

Spots to Visit in Rameshwaram

When renting a car for rent car for Vellore To Rameshwaram, its best to book at least 1-2 weeks ahead so you can get the best prices for a quality service. Last minute rentals are always expensive and there is a high chance that service would be compromised as even the taxi provider is limited to whatever vehicle is available at their disposal.

This makes Rameshwaram a destination which can be visited all year round. However, the best time to visit is from October to April. The Monsoons (July to September) are humid with average rainfalls, but, the scenic view of the coastal region during these months is enjoyable.

Vellore To Rameshwaram Round Trip Taxi

Why should we go with car on rentals for Vellore To Rameshwaram by car book?

When you rent a car from Vellore To Rameshwaram taxi services, we'll help you pick from a range of car rental options in Vellore . Whether you're looking for budget cars, comfortable cars, large cars or a luxury car for your trip- we have it all.We also provide Tempo Travelers for large groups. Vellore To Rameshwaram car hire,You can choose between an Indica, Sedan, Innova or luxury cars like Corolla or Mercedes depending on the duration of your trip and group size.