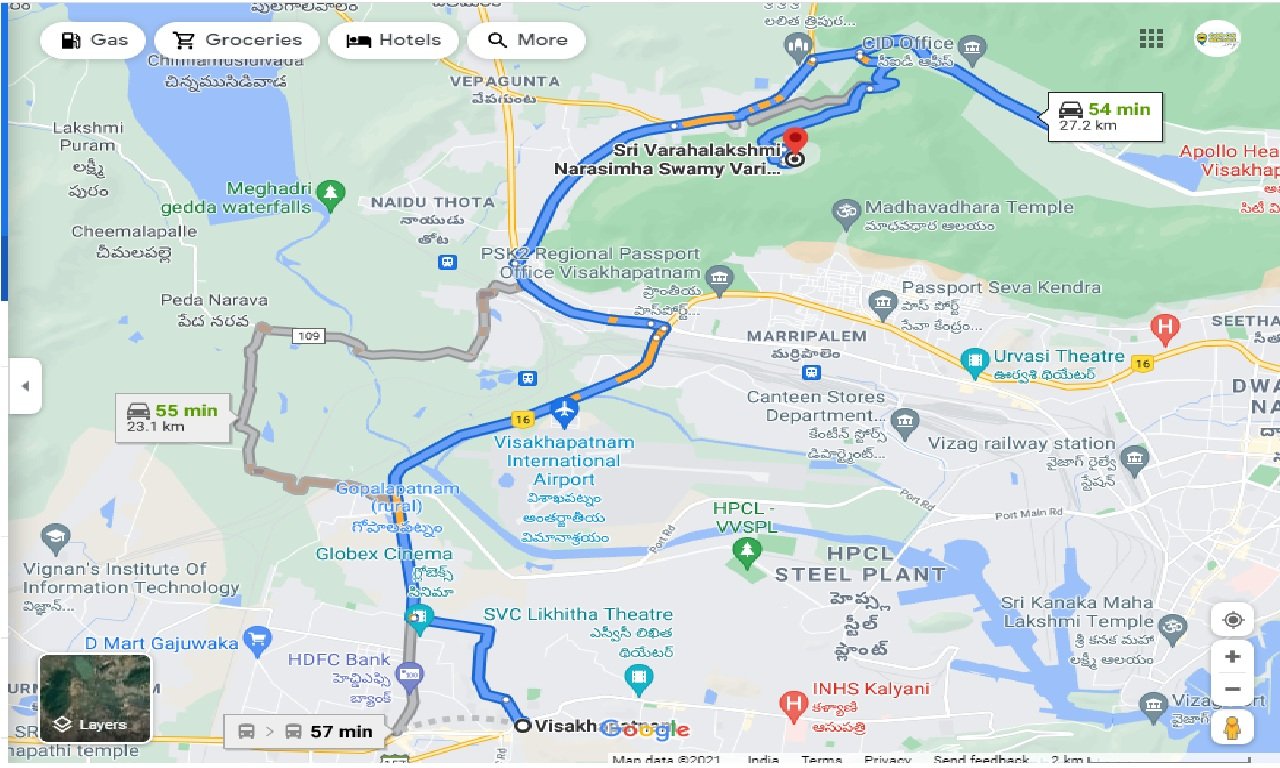 The Sri Varaha Lakshmi Narasimha temple, Simhachalam is a Hindu temple situated on the Simhachalam hill, which is 300 metres above the sea level in Visakhapatnam, Andhra Pradesh. It is dedicated to one of the Hindu trinity deities Vishnu, who is worshipped there as Varaha Narasimha.