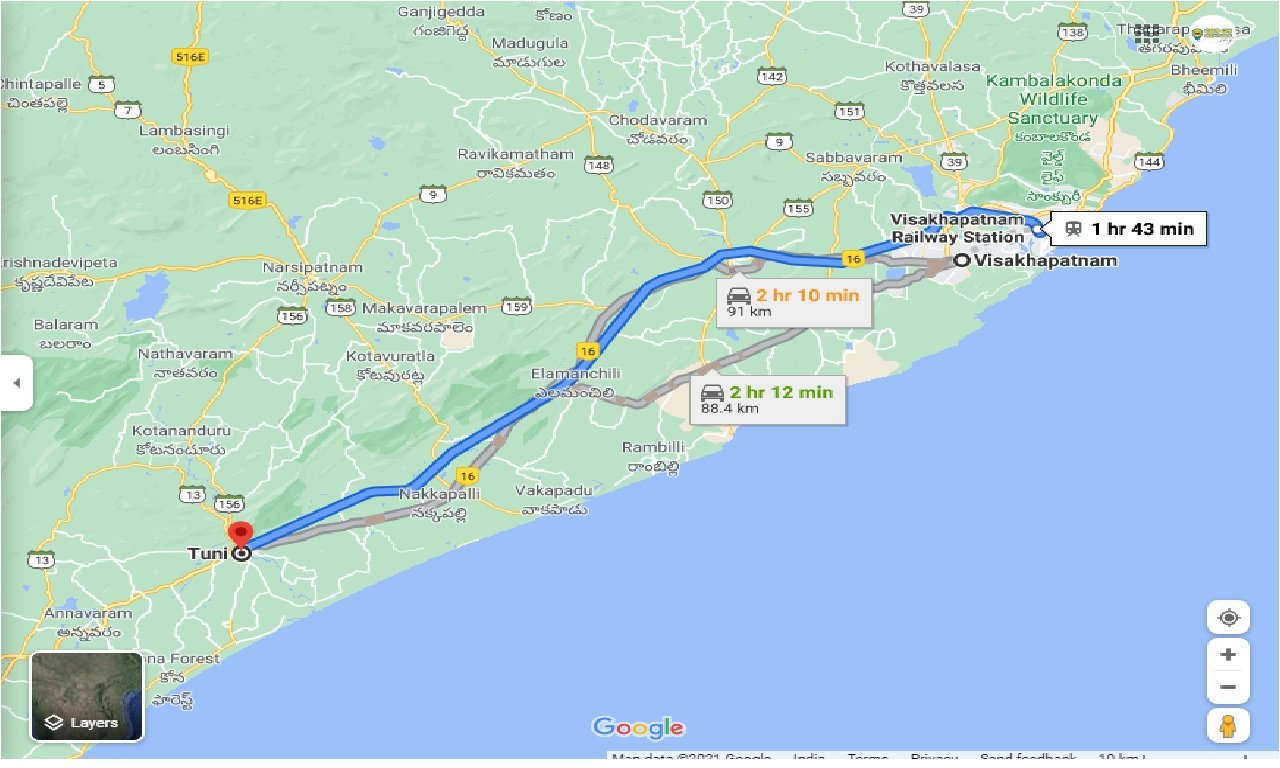 Cab Visakhapatnam To Tuni Swift Dzire, Taxi Visakhapatnam To Tuni Toyota Innova, Visakhapatnam is a port city and industrial center in the Indian state of Andhra Pradesh, on the Bay of Bengal. It's known for its many beaches, including Ramakrishna Beach, home to a preserved submarine at the Kursura Submarine Museum. Nearby are the elaborate Kali Temple and the Visakha Museum, an old Dutch bungalow housing local maritime and historical exhibits.

Tuni is a town in East Godavari district of the Indian state of Andhra Pradesh. It is a major commercial marketing center for more than 40 surrounding villages in the district. Tuni is a border point for the district of East Godavari. It is known for mango export, with nearly 250 varieties.