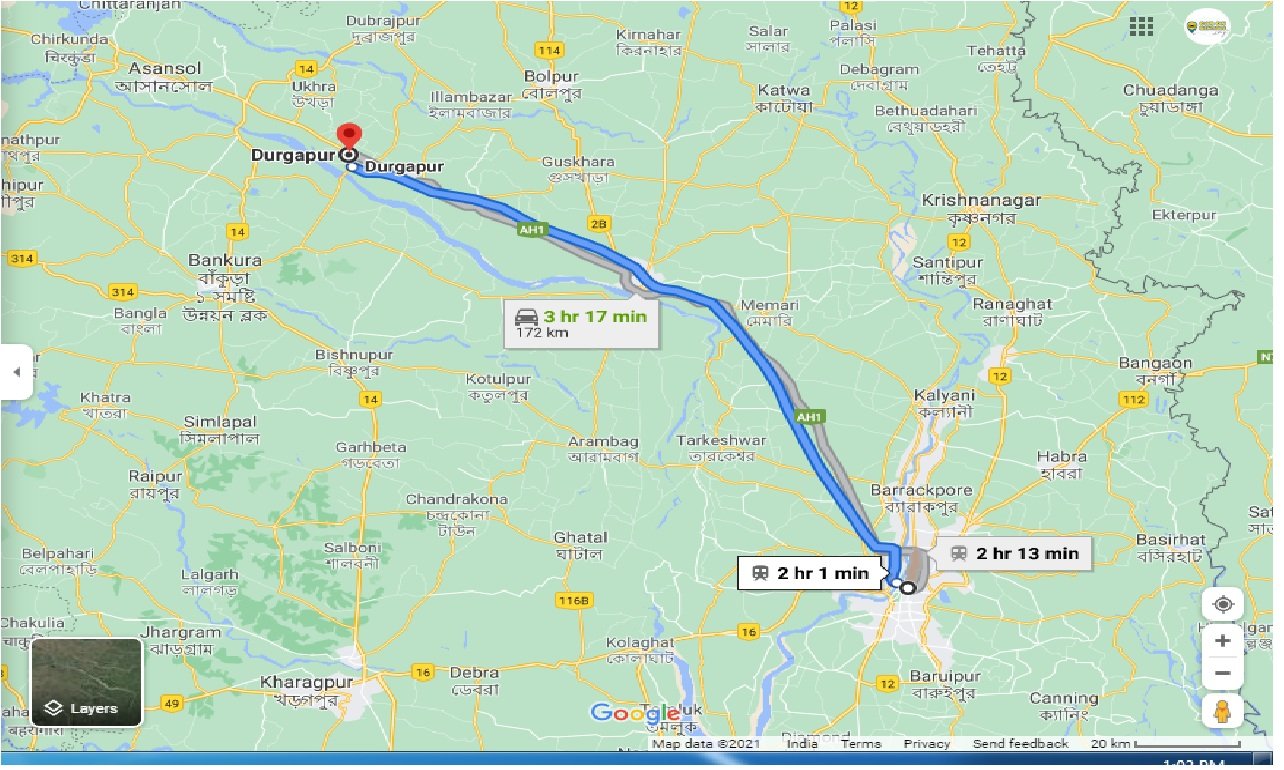 Cab Kolkata To Durgapur Swift Dzire, Taxi Kolkata To Durgapur Toyota Innova, Kolkata (formerly Calcutta) is the capital of India's West Bengal state. Founded as an East India Company trading post, it was India's capital under the British Raj from 1773â€“1911. Today itâ€™s known for its grand colonial architecture, art galleries and cultural festivals. Itâ€™s also home to Mother House, headquarters of the Missionaries of Charity, founded by Mother Teresa, whose tomb is on site.

Durgapur is a tier-II city and a municipal corporation in Paschim Bardhaman district in the Indian state of West Bengal. It is the third largest urban agglomeration after Kolkata and Asansol in West Bengal and third planned city after the independence of India.