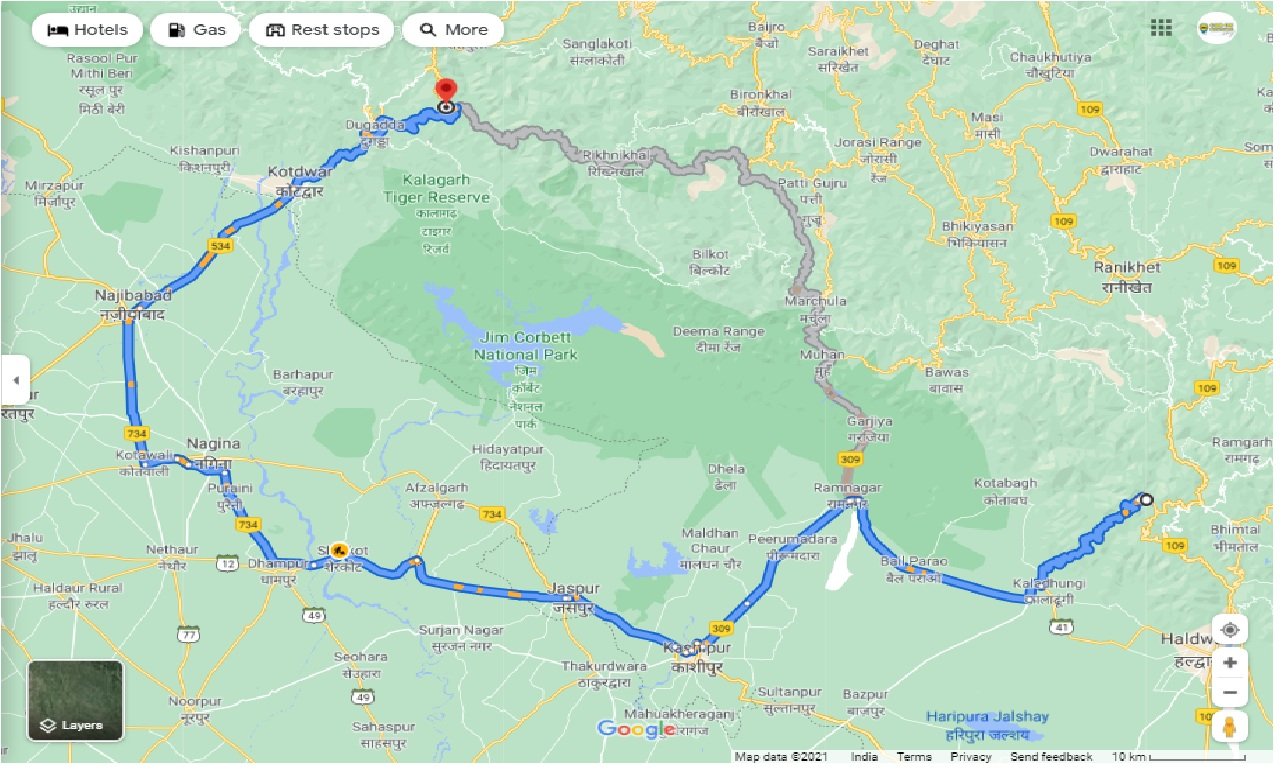 Hire Cab from Nainital To Lansdowne Round Trip

Round Trip Taxi From Nainital To Lansdowne cab, compare Car fares & check for online discounts & deals on Nainital To Lansdowne taxi Service. Clean Cars, No Extra Charges.8888807783. Nainital is a Himalayan resort town in the Kumaon region of Indiaâ€™s Uttarakhand state, at an elevation of roughly 2,000m. Formerly a British hill station, itâ€™s set around Nainital Lake, a popular boating site with Naina Devi Hindu Temple on its north shore. A cable car runs to Snow View observation point (at 2,270m), with vistas over the town and mountains including Nanda Devi, Uttarakhandâ€™s highest peak.

Lansdowne is a hill station in the north Indian state of Uttarakhand. It was founded as a military garrison under the British Raj, and the Garhwali Museum traces the history of the Garhwal Rifles regiment, which still trains in the town. Close to colonial-era St. Maryâ€™s Church, Tip-n-Top viewpoint is perched up on a ridge overlooking forested hills. Hindu devotees worship Shiva at the centuries-old Kaleshwar Temple.

Distance and time for travel between Nainital To Lansdowne cab distance

Spots to Visit in Lansdowne

When renting a car for rent car for Nainital To Lansdowne, its best to book at least 1-2 weeks ahead so you can get the best prices for a quality service. Last minute rentals are always expensive and there is a high chance that service would be compromised as even the taxi provider is limited to whatever vehicle is available at their disposal.

The Weather in Lansdowne is brilliant throughout the year. It can get extremely cold in the Winters (October - March) with the temperatures dropping to 0 degree Celsius. The Summers (April - June) are pleasant with maximum temperature around 25 degree Celsius. The area becomes even prettier during the monsoons (July-September). However, the town does receive massive amounts of rainfall as well. Sharadotsav Festival during the autumn is also a good time to visit Lansdowne.

Nainital To Lansdowne Round Trip Taxi

Why should we go with car on rentals for Nainital To Lansdowne by car book?

When you rent a car from Nainital To Lansdowne taxi services, we'll help you pick from a range of car rental options in Nainital . Whether you're looking for budget cars, comfortable cars, large cars or a luxury car for your trip- we have it all.We also provide Tempo Travelers for large groups. Nainital To Lansdowne car hire,You can choose between an Indica, Sedan, Innova or luxury cars like Corolla or Mercedes depending on the duration of your trip and group size.